admin July 25, 2009 Blogs 1 Comment on Why the Atlanta Hawks Can Hang With the East’s Big Boys 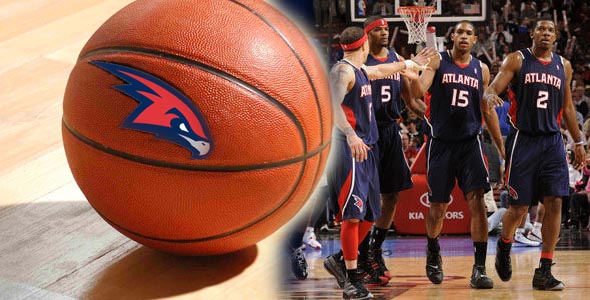 This isn’t the franchise that opponents look forward to facing when stuck in a losing streak. Teams can no longer expect to walk into an arena that has the noise level of a funeral home and jump all over a club who’s constantly in rebuilding mode.

No, the kids from Atlanta are all grown up now.

The last two seasons have brought the fans to Philips Arena in droves to watch one of the youngest teams in the NBA transform into legitimate playoff contenders in the Eastern Conference. Arguably the most exciting team in the league to watch, the Hawks’ style of play and their new commitment to winning has turned their home court into a hostile madhouse and one of the best home court advantages you’ll find.

The question is how far can these Hawks go?

The Eastern Conference seems to be a three team race between Boston, Cleveland, and the defending Conference champion Orlando Magic. The recent dominance of these teams along with the added firepower they’ve brought in via free agency has everyone debating which of these clubs will represent the East next season in the Finals.

But the Atlanta Hawks need to be placed in that conversation as well.

Atlanta’s youth might be their biggest ally heading into the upcoming season. While the East’s big guns have been adding older veterans to their clubs, hoping that they find the fountain of youth and help lead their teams to the ultimate goal, the Hawks remain set on keeping their young pieces and rolling with them.

The oldest player on the Hawks’ roster is Mike Bibby, who isn’t exactly ancient at 31 years old. In fact, Atlanta currently has 10 players on their roster under the age of 25.

The Hawks’ youth can allow them to run the other teams out of the gym if they so choose. It also takes away some worries about age-related injuries or fatigue as the season rolls along, unlike the other three teams.

Not only are they young, but the Hawks have gained a ton of experience over the last two years. In 2008, they shocked the world by pushing the eventual NBA Champion Celtics to the brink of elimination in the first round of the playoffs by winning all three home games in the series.

This past postseason, they were able to win their first playoff series in 10 years by beating D-Wade and the Heat in seven games. They also did something that they didn’t do the previous year: They won a game on the road.

Atlanta now knows what it takes to win in the playoffs. One of the biggest things a young team needs to help them grow is confidence. With two years of extended playoff experience, the Hawks have the confidence to go up against any postseason foe.

And they also have a better collection of talent to go with that mental edge. Bringing in Jamal Crawford gives the team some perimeter depth that they lacked over the last couple of seasons.

The Hawks also drafted Jeff Teague in this year’s first round. Although he is more of a scoring point guard, he will be able to learn how to improve his overall game by backing up Bibby and gaining knowledge from the 12-year veteran. Don’t be surprised to see Teague play a big role for the Hawks at some point this season.

But the man who has been playing the biggest role for them over the last two years has been Joe Johnson and we might see him play like he’s never played before.

The All-Star guard is going into the final year of his contract and we never really hear his name mentioned along with the big studs in next years free agent class.

We might see the 28-year-old explode on the court this season as he tries to get his name out there with LBJ, Wade, and Bosh and get a big-time deal next off-season. The Hawks could get everything they’ve ever wanted and then some from Johnson this year.

Atlanta still has some flaws that the big three in the East don’t have. Boston, Cleveland, and Orlando are all elite defensive teams. The Hawks are a decent defensive team that plays really good defense in spurts. For them to really compete, they’re going to have to step up their defensive intensity throughout the year.

But Atlanta is right on the doorstep of becoming a true contender for the Eastern Conference crown. Their youth, experience, and talent make them one of the most dangerous teams in the league.

The lowly days of Atlanta basketball are over.

For these Hawks, the sky’s the limit.