Anou Enright August 21, 2019 Blogs No Comments on Cory Joseph Will Play for Canada in World Cup 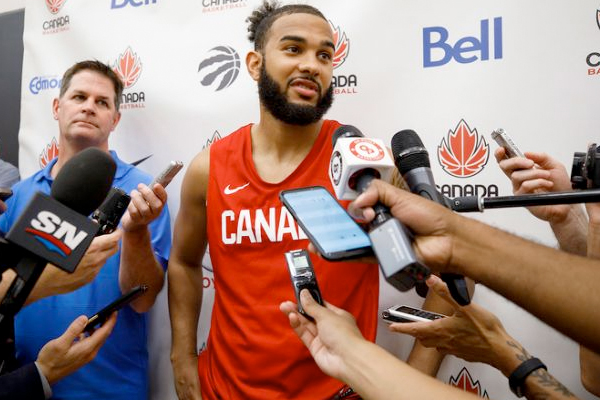 According to head coach Nick Nurse and despite a report to the contrary, Cory Joseph will join Team Canada ahead of the tournament in China. Canada is currently in Australia preparing for the World Cup with a series of exhibition games. Canada won against New Zealand 103-100 in overtime on Wednesday.

“He’s on a flight, he’s actually getting to China before the team does,” Nurse said ahead of the second game of a back-to-back against New Zealand. “He’s 100 percent still coming, spoke to him myself this morning. I’m not sure where that speculation or report came from but it just ain’t true.”

The addition of Joseph is good news for Canada, which has been relying on standout play from Barcelona’s Kevin Pangos and Florida sophomore Andrew Nembhard at the point. Joseph should immediately slide in as the starter and give Canada a second NBA player alongside Orlando Magic big man Khem Birch.

The FIBA World Cup will tip off on Aug. 31, with Canada’s first matchup set for Sept. 1 against Australia.