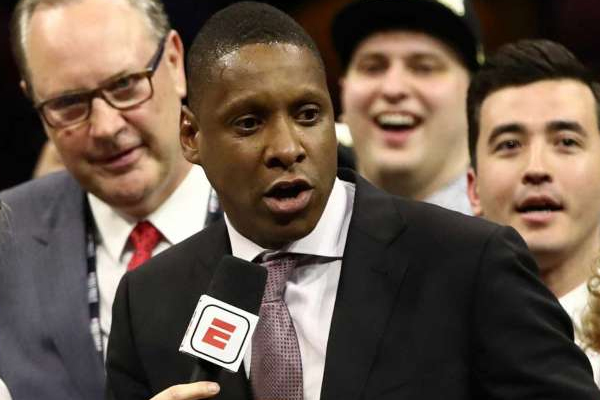 The alleged incident took place on the court at Oracle Arena just after the Raptors defeated the Golden State Warriors.

A spokesman for the Sheriff’s Office says the deputy asked Ujiri for his credentials as he tried to take the court for the trophy presentation. Sgt. Ray Kelly says Ujiri then allegedly pushed the deputy, who pushed Ujiri back and told him he couldn’t go onto the court.

When Ujiri allegedly pushed the officer again, Kelly says his arm struck the officer in the jaw.

“(The deputy) did not know who the man was and asked for the credential, and that’s when he tried to push past our deputy, and our deputy pushed him back, and there was another push that kind of moved up and struck our deputy in the face,” Kelly said. “At that point, several bystanders intervened and the executive did ultimately get back onto the court without displaying credentials.”

Ujiri eventually made his way onto the court for the celebration.

A video posted by NBC appears to show the moments after the alleged altercation but it does not show Ujiri, or anyone else, hitting the officer. The video ends when Kyle Lowry leads Ujiri on to the court to celebrate the team’s victory.

#BREAKING: Sheriff's deputy reportedly pushed and struck in the face by a man believed to be a Toronto Raptors executive after Game 6 of the #NBAFinals at Oracle Arena, @ACSOSheriffs says. https://t.co/fobdK9iWEq pic.twitter.com/a4X0IysY5Z

No arrest was made, but the Sheriff’s department and Oakland Police are conducting a follow-up investigation, talking to witnesses and reviewing video. The case will be submitted to the Alameda County District Attorney’s Office for a review of charges, Kelly said.