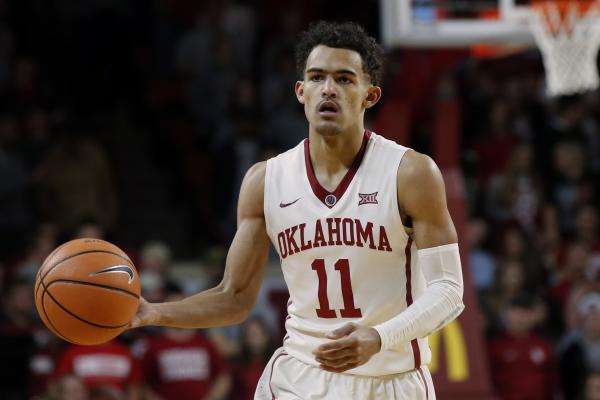 Get ready for Trae Young to slip down NBA draft boards everywhere, apparently.

Shortly after Oklahoma fell to Rhode Island in overtime during the first round of NCAA Tournament, Bleacher Report’s Jonathan Wasserman relayed some quotes from executives and scouts that bring the point guard’s future under question. The most damning take of all? At least scout doesn’t believe he’s not worth a lottery pick:

“I would not take him in the lottery,” one scout responded after the game.

“Not a fan,” replied an Eastern Conference executive. “Love his passion and dedication, but he must learn to be more efficient.”

“I don’t see it with him,” said an executive from the Western Conference. “He’s erratic with the ball, and he’s a teaser. Volume shooter. I have concerns on him.”

Look, some doubt is warranted here. Young put forth an at times uneven performance against Rhode Island. He scored 28 points and dished out seven assists while taking over near the end of regulation to help force overtime, but he also committed seven turnovers and shot 3-of-9 from beyond the arc. This comes after he closed the regular season on a freezing-cold shooting streak. So, yeah, it’s fair to have questions about his size and on-ball decision-making and defense and all that jazz.

It’s nevertheless tough to imagine him slipping very far down the draft board—assuming he declares for it, as expected. This year’s rookie class isn’t teeming with talent at the point guard position, and some of the Association’s top tankers, such as the Phoenix Suns and Orlando Magic, are in desperate need of a worthwhile floor general.

Not that Young’s draft-day positioning particularly matters. Last-minute slippage won’t make him any less of a polarizing prospect. The real book on him will be written later on, years from now, once he’s established in the NBA and we have a definitive feel for how his game has translated.