Anou Enright May 8, 2015 Rumors No Comments on ESPN Not Renewing Bill Simmons’ Contract 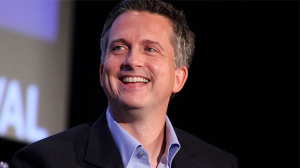 The writing was probably on the wall for a while, but it’s official: Bill Simmons is leaving ESPN when his contract expires in September, as the two sides could not come to terms on an extension.

Simmons is very polarizing and once he became a fixture on the network’s NBA coverage, his popularity grew and began to rub ESPN suits, and even he co-workers the wrong way. Magic Johnson famously decided to leave ESPN largely because he’s not a Simmons fan and the network gave him too much power.

Per the NY Times:

“I’ve decided that I’m not going to renew his contract,” said John Skipper, the president of ESPN. “We’ve been talking to Bill and his agent and it was clear we weren’t going to get to the terms so we were better off focusing on transition.”

Skipper said that the differences between the company and Simmons were “about more than money,” although he would not offer details. He added: “We’ve had an excellent run with Bill, almost 15 years. It’s been good for us and good for him. It was a decision I had to make and he had to make to move forward.”