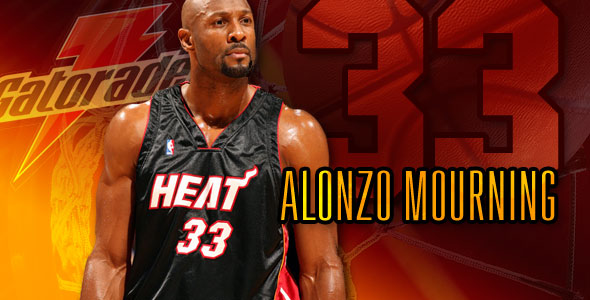 As part of the 25th anniversary of the Gatorade Player of the Year program, former Miami Heat Center Alonzo Mourning (1987-88 Gatorade National Basketball Player of the Year) surprised this year’s winner for basketball (Brandon Knight of Pine Crest School in Fort Lauderdale) with the award while he was in class this week. Knight has won the award twice now and joins Lebron James and Greg Oden as the only other two-time Gatorade POY Award winner’s in the 25 year history of the award itself.

Right after the presentation to Brandon Knight, The Hoop Doctors Kevin Burke caught up with NBA legend Alonzo Mourning for a quick chat about the award, hoops, and life in general: