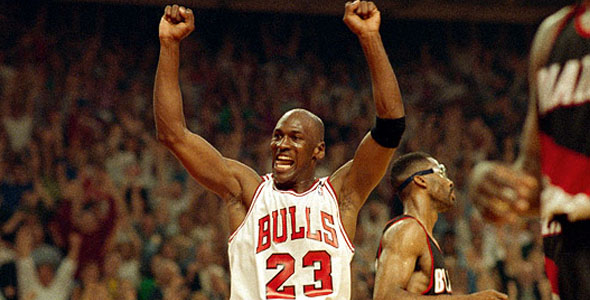 My friend over at Zoner Sports.com called it “The Biggest No-Brainer in the History of the World”, I would have to agree. Michael Jordan this week was announced as one of this years elections to be inducted into the Naismith Memorial Basketball Hall of Fame on September 10-12 of 2009. As always the induction ceremony will take place at the home of the Hall of Fame in Springfield, Mass.

Now clearly this is no surprise to anyone. Every man, woman, child, and possibly even some pets knew that as soon as he was eligible, Michael Jordan being the greatest player to ever play this amazing game, would be inducted into the Hall of Fame. Imagine you are the person who nominated Jordan for induction? What the hell do you write in the nomination letter? Something like this:

I would urge you to please consider Michael Jordan for induction this year into the Naismith Memorial Hall of Fame.

Because he is God. And I am not making some sort of analogy here. He is actually God. Please don’t take the Lord’s name in vain. Please refer to him in your induction nomination process as ‘Michael Jordan’.