Is Adding Some Vinsanity Enough for the Magic to Win? 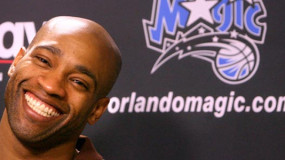 July 28, 2009 – Allen Moll Allen Moll is an avid NBA and College Basketball fan who watches and studies games religiously and coaches youth basketball in his native Lehigh Valley region of Pennsylvania. Allen is a regular columnist for TheHoopDoctors.com, Bleacherreport.com, Fanhuddle.com as a NY Knicks correspondent, hoopsworld4.wordpress.com, and Helium.com. If the Orlando Magic [...]

The Dallas Mavericks have to be Kidd-ing

July 13, 2009 – Ryan Desmarais Ryan Desmarais is a senior at the University of New Hampshire at Manchester, where he will receive his BA in English in December 2009. He currently resides in Manchester, NH. Since being drafted by the Dallas Mavericks in 1994, Jason Kidd has arguably been the best point guard in [...]

Is Controversy Just Part of the NBA Playoffs? Erick Dampier Guarantee’s It 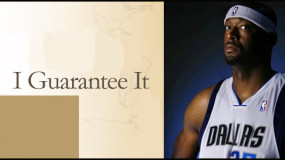 April 23, 2009 – Dr. Casper ‘Dr. Casper’ a.k.a. Ben York from Phoenix’s Fanster.com fame, is also the founder of Ben’s Suns Blog. “My first foul Thursday night is going to put him on his back. I guarantee it.” That was the quote from Erick Dampier, doing his best impression of Men’s Wearhouse CEO George [...]

Is Nate McMillan Front Runner for Coach of the Year? 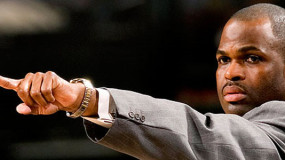 April 15, 2009 – Dr. Casper ‘Dr. Casper’ a.k.a. Ben York from Phoenix’s Fanster.com fame, is also the founder of Ben’s Suns Blog. The award will almost certainly go to Mike Brown of the Cavaliers who has coached Cleveland to almost 70 wins this season while losing only 1 game at home. George Karl of [...]

Nuggets Quietly Coming Into Their Own at the Right Time 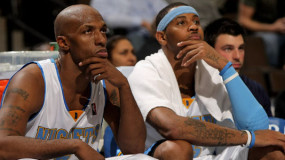 April 4, 2009 – Dr. Casper ‘Dr. Casper’ a.k.a. Ben York from Phoenix’s Fanster.com fame, is also the founder of Ben’s Suns Blog. At 50-26, the Denver Nuggets are quietly making a case for a legitimate playoff run. They are a full game ahead of San Antonio for the #2 seed in the Western Conference [...] 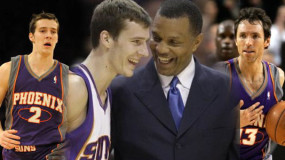 March 25, 2009 – Dr. Casper This is the first post on The Hoop Doctors by ‘Dr. Casper’ a.k.a. Ben York from Phoenix’s Fanster.com fame, who also was the founder of Ben’s Suns Blog. Ben will be bringing you analysis of league wide issues for The Hoop Doctors, but fittingly in his first post with [...]

February 13, 2009 – Dr. Dime The Hoop Doctors just heard that the Toronto Raptors have traded away the star center they acquired this summer, Jermaine O’Neal, along with Jamario Moon to the Miami Heat in exchange for small forward Shawn Marion and guard Marcus Banks. This is great news for Raptors fans, as Jermaine [...]