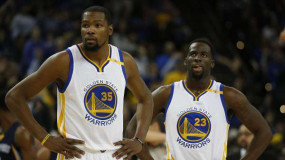 By suspending Draymond Green for their game against the Atlanta Hawks on Tuesday night, the Golden State Warriors may have thought they were putting an end to his Monday dustup with Kevin Durant. If so, they were wrong. Suspending Green, without pay, has only intensified speculation surrounding the Warriors’ future—from their title chances, to Durant’s [...] 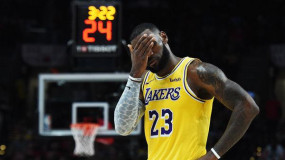 LeBron James knows what he signed up for by joining the Los Angeles Lakers—a more gradual process than he enjoyed with the Miami Heat or during his second go-round on the Cleveland Cavaliers.  He just forgot about that for a second. As he told Yahoo Sports’ Chris Haynes following the Lakers’ Saturday night victory over [...] 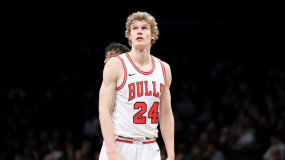 When Chicago Bulls sophomore Lauri Markkanen first suffered his right elbow sprain, his timetable for return put him back sometime in mid-November. Now, however, it seems like he’ll be lucky to see the floor by mid-December. From Joe Cowley of the Chicago Sun-Times: The original timetable called for Markkanen to miss six to eight weeks, but [...] 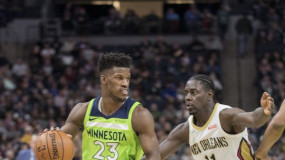 By holding onto Jimmy Butler for so long, the Minnesota Timberwolves were clearly hoping a surprise team would enter the running and blow them away with a massive offer. And while a dark horse did eventually enter talks, the knock-you-off-your-feet package never came. That team? The New Orleans Pelicans. Their official offer? We’re not quite [...] 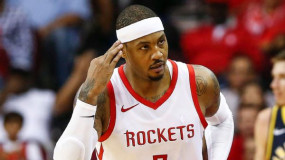 Carmelo Anthony has, it seems, played his last game as a member of the Houston Rockets. Over the weekend, in advance of him missing Saturday’s game against the San Antonio Spurs due to ‘illness,’ ESPN.com’s Adrian Wojnarowski dropped the following bomb: Marc Stein of The New York Times then added this: General manager Daryl Morey also [...] 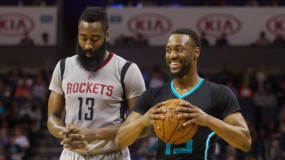 Kemba Walker is a natural trade target for teams in need of a point guard. He’s slated for free agency this summer, and the Charlotte Hornets are not contenders. They may make the playoffs, but they risk losing him for nothing on the open market or paying him near-max money into his mid-30s. Between now [...] 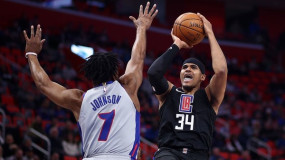 Tobias Harris is going to make a lot of money this summer when he hits free agency. He’s apparently hoping that windfall comes from his current team, the Los Angeles Clippers. From The Athletic’s Shams Charania: Tobias Harris is off to the best start of his career, averaging 21.3 points and 8.5 rebounds while shooting [...] 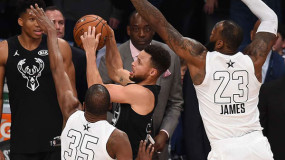 The NBA appeared to be on to something last year when they implemented a captain-driven draft for February’s All-Star game. Stars choosing which other stars to play with? Regardless of conference? At the risk of potentially spurning teammates? How could that not be compelling? Um, well, if the league decided not to air said draft, [...] 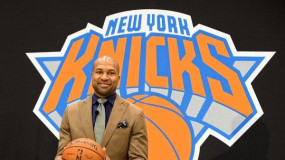 If Derek Fisher could do it all over again, he wouldn’t accept the New York Knicks’ head coaching position—not unless he knew he wouldn’t have to run the triangle offense. Speaking on FS1, Fisher admitted that he didn’t ask enough questions before agreeing to coach the Knicks under team president Phil Jackson (via the New York [...] 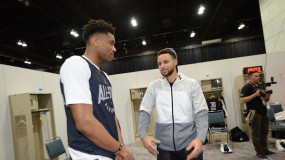