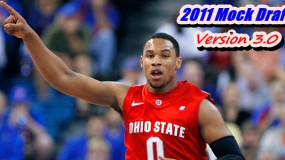 March 14, 2011 – Allen Moll Now that the NCAA regular season is finished, we now have most players’ full body of work to further evaluate their talents as professionals at the next level.  With that being said, a few of the potential 1st round players from our last Mock Draft – Version 2.0 have shown some holes [...] 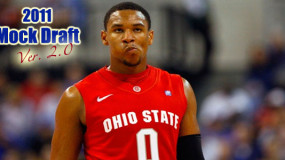 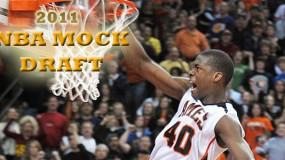 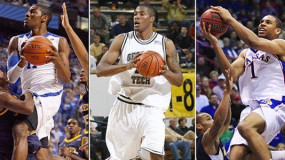 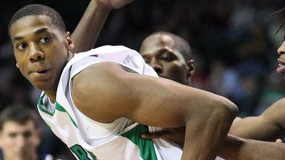 June 17, 2010 – J.P. NBA Draft Analysis: Hassan Whiteside Hassan Whiteside may be one of the biggest mysteries in this year’s 2010 NBA Draft.  In his one year at the non-BCS school Marshall, Whiteside was able to average 13.1 points, 8.9 rebounds and 5.4 blocks while playing 26 minutes per game.  The amazing aspect [...] 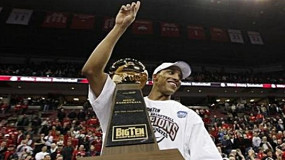 May 28, 2010 – Allen Moll In virtually any other year, Evan Turner, who was named the 2010 NCAA Player of the Year, would have been selected #1 overall in the NBA Draft. While some argue that this year’s probable #1 pick John Wall has a higher ceiling as far as potential, Turner has the [...] 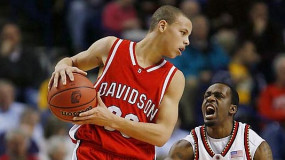 June 18, 2009 – Dr. Dime For more Mock Drafts from all sorts of Blogs and Analysts check out our NBA Mock Drafts Database! The Hot Riser from my previous mock is Stephen Curry jumping up from the 9th pick to the 5th pick. The biggest freefall goes to Chase Budinger dropping all the way [...] 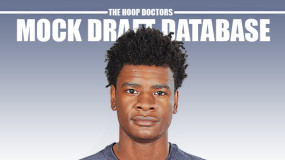 June 19th, 2008 – Dr. Dime For more Mock Drafts from all sorts of Blogs and Analysts check out our NBA Mock Drafts Database! The NBA Draft 2008 is only 1 week away (June 26th). After having personally attended 3 NBA pre-draft workouts over the past couple weeks, and after many changes being announced regarding [...]