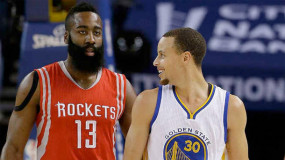 The MVP and his runner-up gave us one hell of a showdown on Tuesday night’s game one. James Harden did everything he could to steal a road win for the Rockets, however, in the end, the Warriors and the league’s most valuable player Stephen Curry proved to be just too much of a challenge to [...] 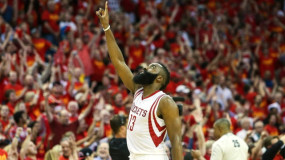 Houston has done it. On Sunday night’s do-or-die game seven, the Houston Rockets, who initially faced a bleak 3-1 deficit against the Los Angeles Clippers, completed one of the most incredible series comebacks in league history as they came out with the 100-113 victory to eliminate the Clippers and advance to the Western Conference Finals [...] 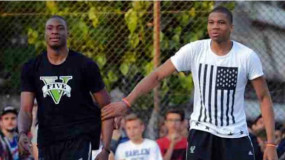 Giannis and brother Thanasis Antetokounmpo are up and coming NBA ballers. Giannis especially who many believe will be an eventual all-star in the NBA. Under Jason Kidd in Milwaukee this year he was widely considered one of the most improved players league wide. Although he had some struggles in the playoffs and didn’t see eye [...] 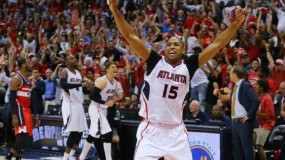 It was yet another thrilling finish in Wednesday night’s game five between the Wizards and the Hawks. For the Wizards, their star point guard John Wall was finally reinserted back into their starting lineup after missing the last three games due to a hand injury. However, even with Wall’s return, the Wizards fell a point [...] 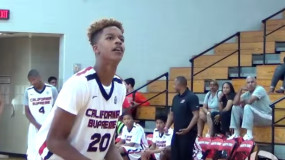 Shaquille O’Neal’s kids are growing up fast. Crazy fast. Shaq’s eldest son is now a freshman in high school and he’s already 6’8″ tall. But that’s where the comparisons to his dad end. Shareef is much more of a ball handler, he’s got a shooting stroke, and has shown much more agility than ‘The Diesel’. [...] 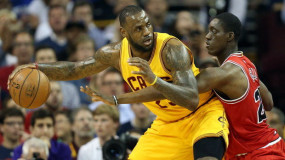 With the Bulls and Cavaliers even at two games apiece, an exciting game five showdown was inevitable and expected from both squads. On Tuesday night, indeed both teams weren’t giving in without a fight. With the game winding down to its final minute the Cavaliers were able to hold off a Gasol-less Bulls’ team and [...] 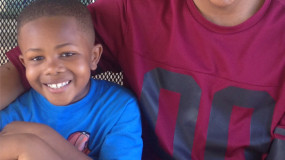 He’s back and better than ever. “Lebraaaawwwn Jaaayyymmmmess” Please enable Javascript to watch this video [...]

Watch: Nene Posterized Both Horford and Millsap In Game 4 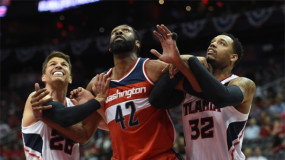 Despite the loss in game four against the Hawks who evened the series, the Wall-less Wizards provided a valiant effort by almost completing a big comeback. If only Paul Pierce knocked down the game-tying three-pointer giving them a chance to possibly win. But it wasn’t meant to be, as the Hawks came out with the [...] 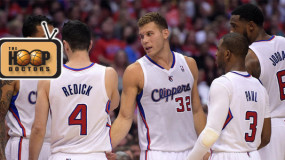 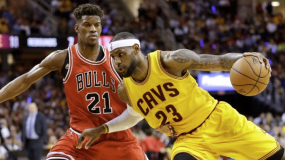 Coming into game two against the Chicago Bulls, LeBron James knew that he needed to show up to avoid going down 0-2 in this series. But in order to do this, he apparently needed help from his old pal….his headband. On Thursday night, the entire world witnessed the return of LeBron’s headband, resulting in a [...]