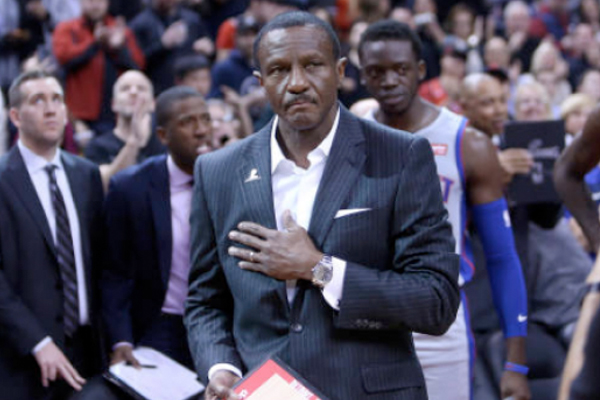 On Wednesday, upon his return to Toronto, Dwane Casey was greeted with a standing ovation and a tribute video. Raptor fans showed Casey that he still holds a special place in their hearts.

Dwane Casey, the 2017-18 NBA Coach of the Year, led the Raptors to a 59-23 record and the top spot in the Eastern Conference last year, but were then swept by the Cavs. Casey was fired before the end of the playoffs.

Even though Casey is now in Detroit and Nick Nurse holds his old occupation, it is quite clear that Raptors fans are thankful for the job that the 61-year-old did, even if they were unable to reach the NBA Finals over his tenure.

The @Raptors welcome Dwane Casey back with a standing ovation in his return to Toronto! pic.twitter.com/3yqj5HWs9c

Raptors fans give Dwane Casey a standing ovation in his return to Toronto. pic.twitter.com/FMjQ9A5pwg

The winningest coach in Raptors history will not soon be forgotten in Toronto.