Isaiah Thomas Says He is the Best PG in the League

Anou Enright September 14, 2018 Ryan Bawek No Comments on Isaiah Thomas Says He is the Best PG in the League 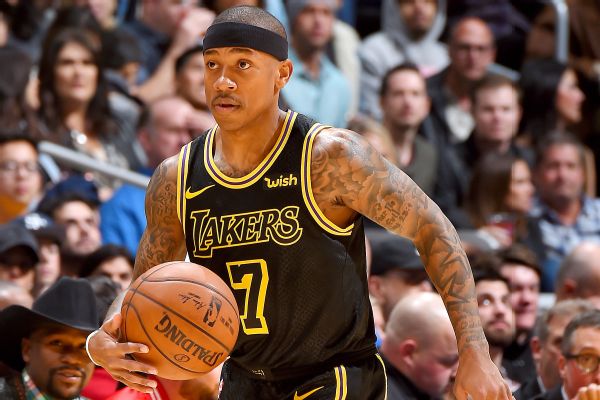 It wasn’t that long ago that Isaiah Thomas was averaging 30 points per game for the top-seeded Celtics in the eastern conference and was an All-NBA performer.

Since then he has played for two other teams and will suit up for his third with the Denver Nuggets this season after signing a one-year, minimum contract.

Thomas has clearly fallen in value and prestige around the league after suffering a hip injury at the height of his success as an NBA player, but that doesn’t stop him from believing he is the best point guard in the NBA, as he told Kevin Hart during an edition of Hart’s Old Spice sponsored “Cold as Balls” series.

To succeed on the highest level our species can generate in any profession you need that level of confidence, especially when you’re a 5’9″ point guard that survives in a league where the average height is 6’6″.

Isaiah Thomas has to know that he is not the caliber of player of a Steph Curry or Russell Westrbook at the very least, but in all honesty he is probably a top 25 point guard in the NBA at this point.

I hope he is able to recapture some of the magic he had in Boston as a member of the Denver Nuggets this season.