Trouble in Milwaukee(?): Bucks Have No Timetable for Giannis Antetokounmpo’s Return from Ankle Injury

admin March 23, 2018 Blogs No Comments on Trouble in Milwaukee(?): Bucks Have No Timetable for Giannis Antetokounmpo’s Return from Ankle Injury 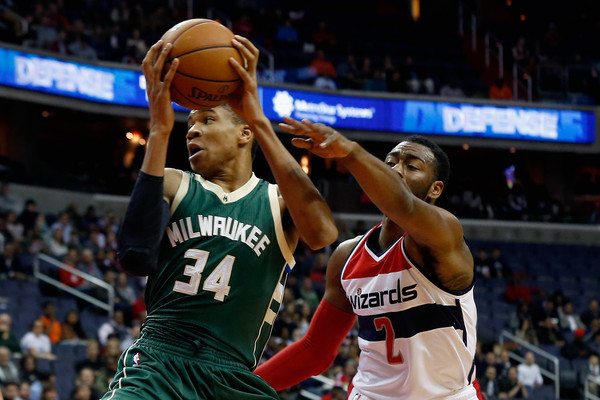 So, Milwaukee Bucks fans: Do you want the good news or the bad news first?

But now for the awkward, if kind of bad news: Prunty doesn’t know when Antetokounmpo will be back in the rotation, either.

Giannis Antetokounmpo had an MRI on the ankle, according to Bucks interim head coach Joe Prunty. Prunty doesn’t sound concerned that Antetokounmpo will miss a lot of time, but his return date remains unclear at this point.

Antetokounmpo left the Bucks’ loss to the Los Angeles Clippers early with a right ankle sprain and did not return. He’s already been ruled out for the team’s upcoming tilt with the Chicago Bulls, and there’s no telling whether he’ll be ready for Sunday’s matinee with the San Antonio Spurs.
Fortunately for the Bucks, they can, in theory, afford to push on without Antetokounmpo. This shouldn’t be interpreted to mean they’ll be good. They won’t be. Their net rating plummets by roughly 13.5 points per 100 possessions when he’s not on the court. He’s the primary asset standing between them and utter irrelevance.
Still, while the Bucks have fallen to eighth in the Eastern Conference, they have a five-game hold over the plunging Detroit Pistons. It’d be nice to grind out a more favorable playoff seed, but they’re not about to fear a first-round matchup with the first-place Toronto Raptors. It’s more important they get Antetokounmpo right in time for whatever said first-round matchup actually winds up being.
Besides which, there is a silver lining to Antetokounmpo missing some time: The longer he doesn’t play, the less likely the Bucks are to climb past seventh place in the East. And that ensures they won’t have to face the Cleveland Cavaliers right out of the postseason’s gate.