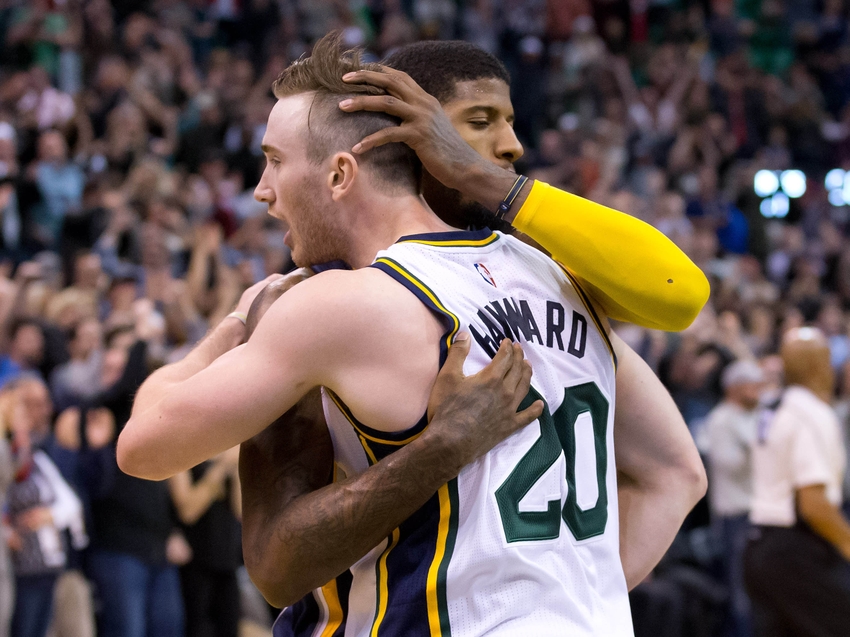 If the Indiana Pacers are looking to retain and renew Paul George’s affections, adding Gordon Hayward would be a great start.

Sources told ESPN.com’s Zach Lowe that George, who is a free agent in 2018 and considered a flight risk, would love the chance to play with the Indiana native:

It all makes you wonder if the Pacers are one player away from being really good, and if they might be able to find that player this summer. George would love to play with hometown boy Gordon Hayward, according to sources, but that would appear unlikely.

There are ways for the Pacers to carve out the slightly more than $30 million in cap space it would take to sign Hayward, who owns a player option for 2017-18, this summer. But his foray into free agency is expected to be a two-team affair, between the Utah Jazz and Boston Celtics. The Pacers would be a noticeable step down from either one.

Plus, Hayward and George play the same position. One of them would have to play power forward full-time. George was unwilling to make that shift last season, though perhaps his stance would change if it meant playing with Hayward—who, admittedly, is a good fit at the 4 himself.

None of this matters. The Pacers aren’t signing Hayward. They aren’t a huge free-agent draw. They’ll have to get creative with how they flesh out the rest of their core—that, or hope like hell George secures an All-NBA spot and is eligible for a five-year deal worth more than $200 million.