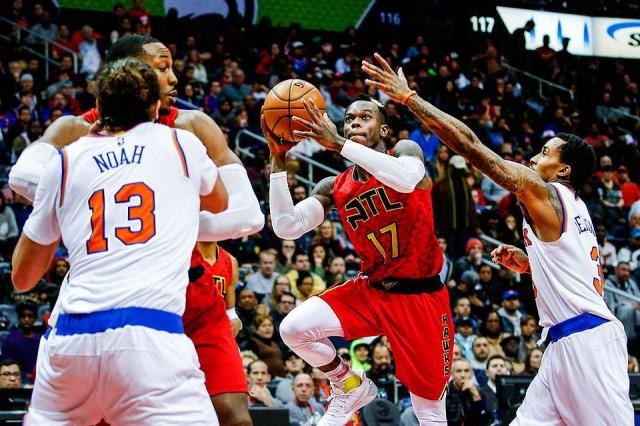 It was definitely a Sunday matinee in Phillips Arena as the Atlanta Hawks and New York Knicks treated fans to a whole heaping of free basketball in their 142-139 instant classic that went to four overtimes.

Unfortunately the Knicks have found another new, excruciating way to lose a basketball game, something they have being doing a lot lately or really since this millennium began.

Here are some key numbers from the game:

3:40: That’s how long the game lasted, for some perspective the average game time for an NBA game is 2 hours and 15 minutes

15: That is how many games in NBA history that have gone to four overtimes, this was the first since the Pistons and Bulls on December 18, 2015

23: The number of lead changes in the game

60: How many minutes Paul Millsap played in the game, he had 37 points, 19 rebounds and 7 assists

5: How many players fouled out of the game

7: How many players played at least 48 minutes

1951: The last time the New York Knicks were involved in a four overtime game, against the Rochester Royals

Here are some of the bigger plays that enabled the game to reach an incredible four overtimes:

Dennis Schroder gets the bucket as the @nyknicks and @ATLHawks head to a 4th overtime! ? pic.twitter.com/QH8IqmaKie

The Hawks have had three classic games this season including two overtime games and have split the season series 2-2. Can we get a No. 2 vs. No. 7 first-round playoff series between these two teams? Could add some intrigue to what is typically a snoozer of a first round for eastern conference playoff match ups.