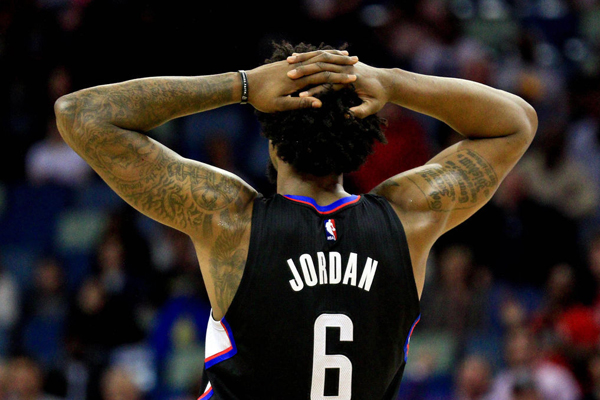 Even preseason games can be exciting.

Last night the Clippers faced the trail Blazers for the first time since their postseason matchup. The Clippers won the game, but not without some last minute drama.

At the end of the game DeAndre Jordan was called for a second technical foul after running onto the court thinking Crawford’s game-winner sealed the game. That gave Portland a technical foul shot, which the Trail Blazers hit to get within a point, but luckily the Clippers preserved the win by preventing the ensuing inbound pass from finding its target.

Watch DeAndre Jordan as he left the Clippers’ bench to celebrate the preseason victory. The problem with his celebration…there was still time on the clock, 0.2 seconds to be exact.

What did his teammates think of his mistake? Take a look at Blake Griffin’s and Mareese Speights reaction: