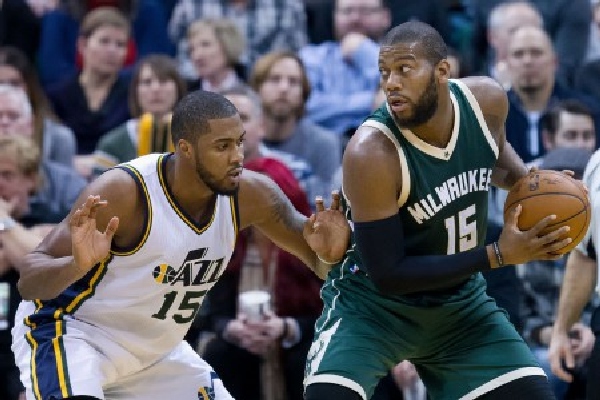 If the Milwaukee Bucks begin the 2016-17 season with Greg Monroe still on the roster, it’ll be a surprise at this point.

Monroe has been linked to various trade rumors since before his first season with the Bucks ended, and that chatter is only picking up steam as we move into the dog days of summer, per ESPN.com’s Marc Stein:

Ah, yes. Miles Plumlee. The man who Milwaukee deemed worth $52 million over the next four years. The Bucks also signed Mirza Teletovic and have the more defensively apt John Henson on the roster as well.

This is to say, Monroe’s days are numbered in Milwaukee either way. He can become a free agent after next season, which he will most certainly do as the salary cap explodes yet again. And he will probably leave, given what his marriage to the Bucks has turned into.

Milwaukee signed him under the guise that his post presence would give them an offensive pulse. It hasn’t. They signed him thinking it wouldn’t compromise their top notch defense from 2014-15. It did.

The frontcourt pairing of Jabari Parker and Monroe is a spacing nightmare, with neither one boasting exceptional range or an aptitude for exploding toward the basket as a pick-and-roll diver. They are a defensive disaster, too, hence why either Henson or Plumlee would make for a better complement to Parker.

If the Bucks end up not moving Monroe, it won’t be out of some belief that this relationship can still work. It can’t. It’ll be because they’re demanding too much in return. At this point, they just need to find a deal to open up the rotation. Monroe is essentially on an expiring contract, and his place in the shooting-obsessed NBA remains unclear. The Bucks cannot expect to parlay him into a ton of assets.