Evan Turner Might Consider Discount to Stick with Boston Celtics

admin May 17, 2016 Blogs No Comments on Evan Turner Might Consider Discount to Stick with Boston Celtics 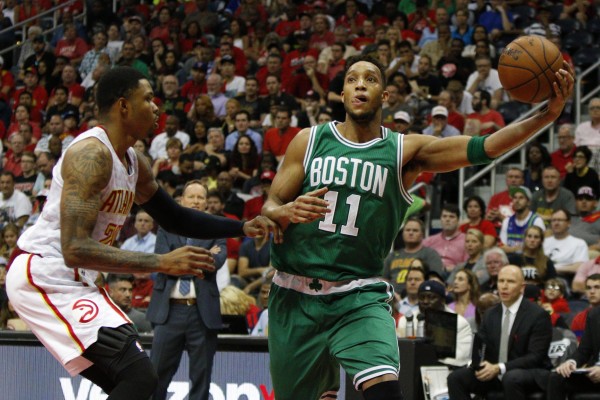 The concept of NBA players taking pay cuts in free agency to sign with certain teams is drastically overblown.

Most players won’t willingly take less to re-sign with their incumbent team or to join new digs. When they do, it’s typically marginal (a la Carmelo Anthony with the New York Knicks in 2014 or the Big Three with the Miami Heat in 2010). The substantial pay cuts really come when a player, such as LaMarcus Aldridge, bolts from the team, in this case the Portland Trail Blazers, that owns his Bird rights to sign a four-year max with another suitor, in this case the San Antonio Spurs.

For every case of David West, who set more than $10 million on fire to join the Spurs, there are 50 more players abiding by the NBA standard: make as much as you can, while you can.

Evan Turner, at 27, having yet to sign his first big contract, should fall into that latter category. But he doesn’t. He’s hoping to stick with the Boston Celtics this summer, even, perhaps, if it means taking a little less to make it happen, per CSNNE.com (via Chris Forsberg of ESPN.com):

Turner stressed following his exit interview with the team earlier this month that there are bigger considerations than money and suggested that coach Brad Stevens is among those hoping the team can find a way to bring him back. On Sunday, Turner hinted to Comcast SportsNet that he might even consider a bit of a discount if the two sides could find a way to extend their relationship.

“Hopefully we can figure out a way to make it work,” Turner told CSN at a fundraising event for Horizons for Homeless. “It’s a lot going on with the team, with the roster, the draft picks, and things like that. … [Celtics brass and Turner] didn’t have any surefire talks about [a return], but there’s definitely admiration on both sides. I trust that [Celtics president of basketball operations] Danny [Ainge] is going to do what’s best for the organization.”

Pressed on whether he’d consider a hometown discount, Turner added, “Of course. I joke with people, this is the first time I left an exit meeting and the team wanted me back.”

This makes sense when you consider that the Celtics are the first team on which Evan Turner has actually enjoyed a breakout season. He peaked early with the Philadelphia 76ers and never gained any traction with the Indiana Pacers.

But the Celtics have been different. They have used his length to build a top-notch defense and rely on him to assume pseudo-point guard responsibilities. He still can’t chuck threes, but that doesn’t matter as much when he does just about everything else well.

Just two other players, in fact, matched Turner’s regular-season rebound (9.3), assist (23.9), steal (1.7) and block (1.0) percentages: Draymond Green and LeBron James. So while it’s good for Turner that the Celtics want him back, they won’t be the only ones interested in his services. And that might make him rethink the whole pay cut stance before long.