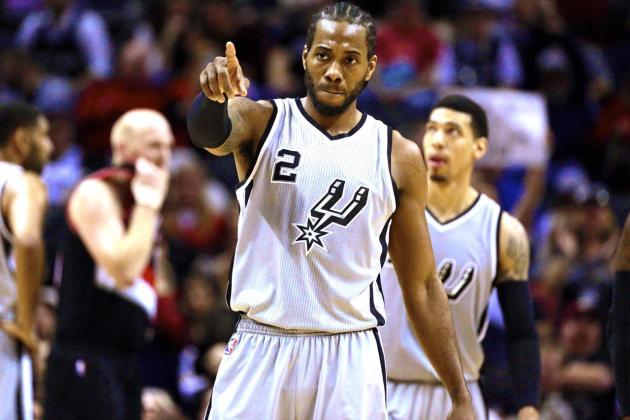 News came down Monday morning that Kawhi Leonard has been selected as the player of the year for the 2nd consecutive season.

Leonard is the best two way player in the NBA today and has taken his offensive game to the next level this season, averaging 21-6-2 on 50-44-87 percent shooting.

He joins elite company as a winner of back to back defensive player of the year awards:

Of that list, the only other wing player to win back to back defensive player of the year awards was former Milwaukee Bucks star guard Sidney Moncrief.

Leonard also joins Hakeem Olajuwon as the only player in NBA history to win an NBA Finals MVP award and multiple NBA Defensive Player of the Year awards.