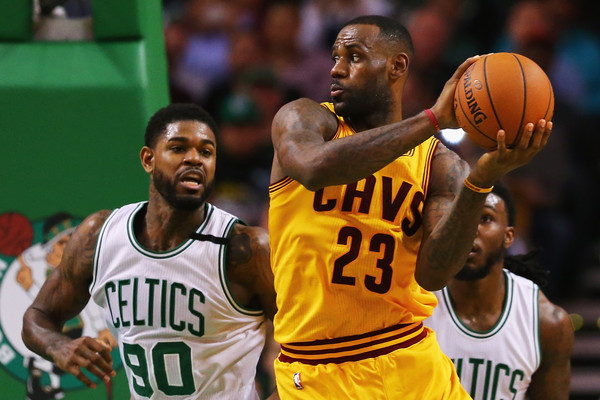 Curry, as well as today’s NBA at large, has endured a lot of criticism in recent weeks. Stars of decades past are playing the “back in the day” card, and some people are buying it.

After James’ Cleveland Cavaliers downed the Sacramento Kings at Sleep Train Arena, the four-time MVP, two-time champion and future Hall of Famer discussed this phenomenon in which former players so often criticize current stars while claiming that they’d be never be this dominant in bygone eras. Curry has been the most recent victim of this growing trend, with the likes of Oscar Robertson and others marginalizing the historic accomplishments of the Golden State Warriors star and reigning MVP with their self-serving commentary.

This is a truly interesting take, one that the public at large hasn’t given much thought.

We talk a lot about the impressionable minds watching today’s players, and about how Curry could be spawning an army of chuckers (even though that’s not true). But Curry looked up to players and, likely, modeled his game after some of them. This is what he’s become. It’s different and new, but that’s not a bad thing, and there isn’t an idol who ruined the game of basketball by serving as an inspiration for Curry.

To that end, it has to sting, even if slightly, when players like Curry and LeBron hear past stars ridicule their era of basketball. Like, LeBron plays a style similar to that of Oscar Robertson, and yet the Big O has essentially tried discrediting NBA defenses in general nowadays, which by extension diminishes the feats and accolades of King James.

It’s a weird cycle, one that, hopefully, this generation of stars is poised to break. The age of social media has helped make peeps more open-minded, provided they’ve engaged in it. This batch of superstars should enter retirement with a different perspective on life and evolution and, therefore, the progression of the game of basketball.