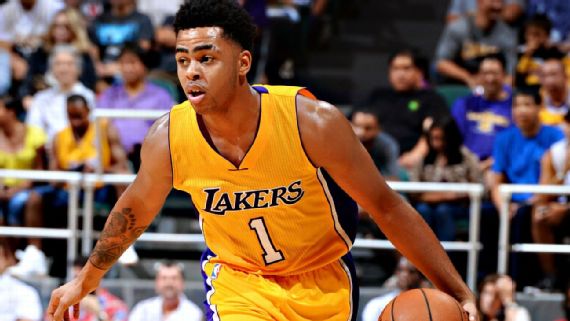 This D’Angelo Russell – Nick Young video situation isn’t a good look for the rookie. All kinds of man codes were violated here. Whether is was intended to be a joke between two guys who prank each other all the time, the damage as been done and Russell will have a tough time shaking the “snitch” label after outing Young’s alleged way with women.

This has become its own thing to the point where Russell felt he needed security to leave the Lakers practice facility. He also declined to address the situation with the media today.

D’Angelo Russell to Miss Extended Time After Knee Surgery, But Brooklyn Nets Expect Him Back This Season