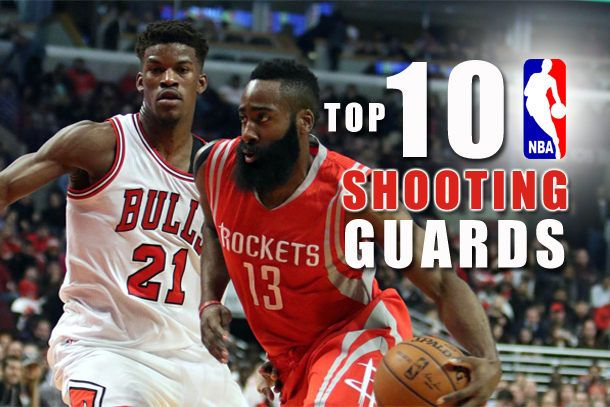 When asked about his starting five at each position today, Klay named Curry at point guard and “I’m going to go with myself [at shooting guard],” Thompson told Diamond Leung of the Bay Area News Group.

It’s been a rough season for the Pelicans against the upper echelon teams in the NBA. Yet Gordon has been a solid contributor, as he has been throughout his 7-year NBA career. Gordon’s best games this season were probably back-to-back wins (11/22 and 11/25) against the up-and-coming Phoenix Suns, in which Gordon scored 20 and 23 points, respectively. On the bright side, Gordon is shooting 87.4% from the free throw line, 4th best among shooting guards in the NBA. The Clippers Jamal Crawford ranks 1st among shooting guards at 92.1%, and the league is paced this season by Dallas Mavericks point guard Deron Williams, who is shooting 92.4% from the line.

Redick scored six consecutive points in the final 55 seconds of play to help the Clippers to a comeback 94-92 win over the Grizzlies. So far this season, Redick is 1st among shooting guards in three-point percentage (3rd overall) and 4th in field goal percentage, while also shooting a steady 86.5% from the free throw line.

In his first season with the Charlotte Hornets, Batum is having a career-best scoring season and is tied for his best steals per game in a season as well. It is hard to deny that the 7-year pro out of France is becoming one of the best all-around and multi-skilled shooting guards in the NBA today. Batum ranks 1st among shooting guards in rebounds and assists. Batum also ranks 2nd in double-doubles among two guards with 5 so far this season.

Heat legend Dwayne Wade is still playing professional basketball at a pretty decent level. Wade is 2nd in PER and assists among shooting guards. Sure, due to injuries, Wade’s best days are behind him, maybe five seasons behind him, but Wade is still efficient with his shot selection. In fact, Wade has always been great with shot selection. This season, in which Wade is shooting 46%, is his lowest shooting season of his career, still good enough to make him the 5th best shooting two guard in the game today. Compare that with the legend that is Kobe Bryant, who shot 43.8% or less 8 times (counting this season).

Two-year pro C. J. McCollum continues to turn heads. This season McCollum ranks 5th among shooting guards in assists and is shooting 86.4% from the free throw line. Although McCollum and the Blazers lost that game against the Cavs, it was a heck of a performance by McCollum, going up against the James Gang.

Although the Wolves continue to pile up losses, one-year pro Andrew Wiggins continues to round out into an All-Star scorer.

Thompson’s streaky shooting and deadly, quick release has him ranked the 2nd best three-point shooting two guard behind Redick and the 3rd best shooting guard in field goal percentage. This season Klay is also ranked 2nd among shooting guards in blocks per game, all while enjoying a career-high shooting season. Although Klay Thompson started off a little slow this season perhaps in some part due to all the attention paid to his teammate Stephen Curry, Thompson is now heating up, increasing his scoring to 24.9 ppg over the last 10 games.

DeRozan is 3rd in PER and 4th in assists among shooting guards, and he is quickly becoming of the best shooting guards in the NBA. DeMar has his full game going, and he’s starting to remind me of a young Joe Johnson.

Harden is the 2nd leading scorer in the NBA and shoots a nice 86.6% from the line. Among shooting guards, Harden is 1st in double-doubles, 1st in PER, 2nd in rebounding, 3rd in steals, and 3rd in blocks. Overall, Harden is 6th in PER, so it’s safe to say he is regaining his form from last season.

So is Klay Thompson really the best shooting guard in the NBA as he suggested? Seriously, is there any way for other NBA players to take that other than as a slight to James Harden?

Well, last time I checked James Harden leads all shooting guards in scoring and he has the best handle (among shooting guards…overall that would be Curry, of course).

Arron Afflalo actually leads all shooting guards at 48.8% FG (even slightly better than Dirk Nowitzki at the moment).

And Jimmy Butler is probably the best defensive shooting guard in the NBA today (2nd in steals and 1st in blocks among shooting guards).

But let’s give Klay his due, because he is probably one of the best overall shooters among two guards, although Redick is also pretty accurate.