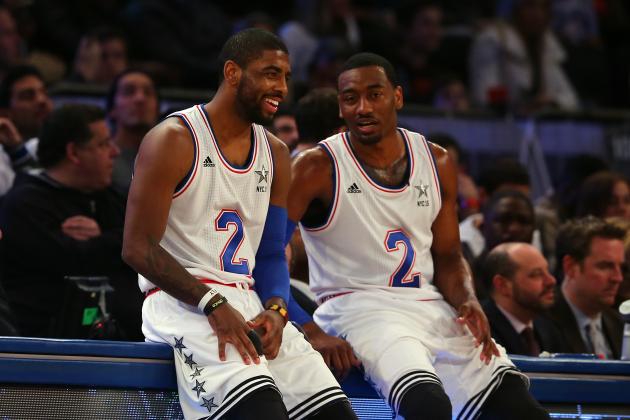 John Wall is having the best December of just about any player in the NBA. His Wizards are 14-14, but he has 15 double-doubles so far on the season. He’s has truly played as one of the league’s best PGs so far this season. But, of course, that doesn’t always translate into all-star love.

A season ago, Wall was the East starter for the All-Star game, but after the first voting returns, he ranks fifth in the East among guards. Most notably, he’s behind Kyrie Irving in total votes. Oh yeah, Kyrie has played in three games so far this season.

“It’s a joke” Wall, who didn’t make one mention of his strained right ligament in his knee, bruise on the same knee, high right ankle sprain and bone spur, told CSNmidatlantic.com after his 15th double-double. “I played like horseshit the first month and a half but I still was averaging like 16 and eight. That’s not bad numbers.”

“I guess it’s the record. No offense Kyrie, he’s played (three) games,” Wall said. “If he was healthy he probably would be in that position because he’d be playing well. I can see him there because that’s how talented he is.”