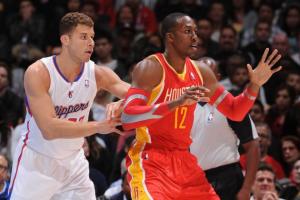 We all knew the Western Conference was terrific. But the forthcoming conclusion to the 2014-15 campaign has exceeded most expectations.

The two-time defending conference and 2014 NBA champion San Antonio Spurs have recovered from an injury-infested season and risen to the No. 2 seed in the West. However, the Spurs have only achieved that status because they’ve played—and won—a single game more than the other three teams competing to a host an opening round series.

Granted, considering San Antonio was 5.5 games back of the second-place Memphis Grizzlies on March 24, per shrpsports, the Spurs’ rise was an impressive one.

Nevertheless, the Grizzlies, Los Angeles Clippers and Houston Rockets have all recorded a 54-26 record, creating a grid-lock in the middle of the standings with just two contests remaining for each squad.

The West 2 seed will go to Southwest Division winner (Spurs, Rockets or Grizzlies) unless Clippers have better record than all 3.

The four franchises are fighting for the second, third, fifth and sixth seeds, but three of the teams will earn home-court advantage.

Although two teams will end the regular season behind the Portland Trail Blazers (51-29) despite having a better record than Damian Lillard and Co., NBA rules stipulate the a division winner can finish no worse than fourth in the conference. However, the fifth-seeded team will host the series instead of Portland because of a superior mark.

Enough chatting. On to the scenarios.

In order for the Spurs to lock down the two-seed currently held, they need to win their final game versus the New Orleans Pelicans and hope for Houston to post victories in its last two, as noted by Jeff McDonald of the San Antonio Express-News.

As far as Spurs and No. 2 seed goes, it's pretty simple: 1) Win out + 2) Either Memphis loses another or Houston doesn't lose again.

Los Angeles has a slight edge over the Grizzlies for third because the Clips have managed a 35-15 record against conference opponents. If Lob City topples the Denver Nuggets and Phoenix Suns, they’ll clinch the best mark of any four teams.

However, if the Rockets indeed beat the Charlotte Hornets and Utah Jazz to cap the season and Grizzlies knock off the Golden State Warriors and Indiana Pacers, the tiebreaker will favor San Antonio due to its record against the tied teams.

Should the Spurs or Houston lose, however, Memphis and Los Angeles will immediately become the favorites to take the second and third seeds, while San Antonio would have the edge on the fifth seed.

Undecided on what the proper reaction is to all this? Zach Randolph can help.