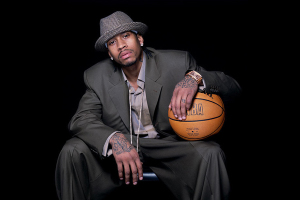 The connection that Allen Iverson has with the city of Philadelphia is undeniable. It’s also great to see that he has maintained a solid relationship with the team as well.

Last night, the Sixers hosted the Pistons, and Iverson joined the live broadcast. Among the many things he discussed, he shared that he’d be open to a front office position with the team.

The former Sixers star made his desire to stay around the game in a managerial capacity well-known when he stopped by the Sixers’ broadcast booth during Wednesday’s win over the Pistons.

“I would like to be even in that war room,” Iverson said of draft night. “Even if they don’t go with my decision, or whatever, just to have an opinion and putting out what I think and trusting the organization to do what’s right.”