Blazers Freak Out When T-Rob Finds Snake in Locker Room

admin May 9, 2014 Blogs No Comments on Blazers Freak Out When T-Rob Finds Snake in Locker Room 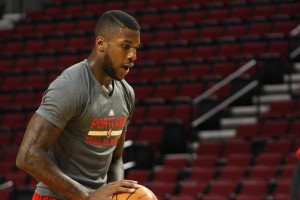 Before the Portland Trail Blazers tipped off Game 2 of their second-round playoff series against the San Antonio Spurs, sophomore forward Thomas Robinson found an “intruder” in their locker room.

It was a rattlesnake.

Heather Cox of ESPN elaborated on the situation just before opening tip. Her on-air report was transcribed by yours truly:

I can honestly say this is a first for me and everybody in the Portland locker room, when a snake—yes, a real, live rattlesnake—was found in the locker room when they arrived tonight. Thomas Robinson sat in front of his locker, looked down and found a rattlesnake curled up in his shoe cubby.

The discovery was follow by a lot of shrieks and grown men standing on chairs until security came in and removed the intruder. He said it was the closest he’d ever been to a snake, and that nobody had ever seen that before. 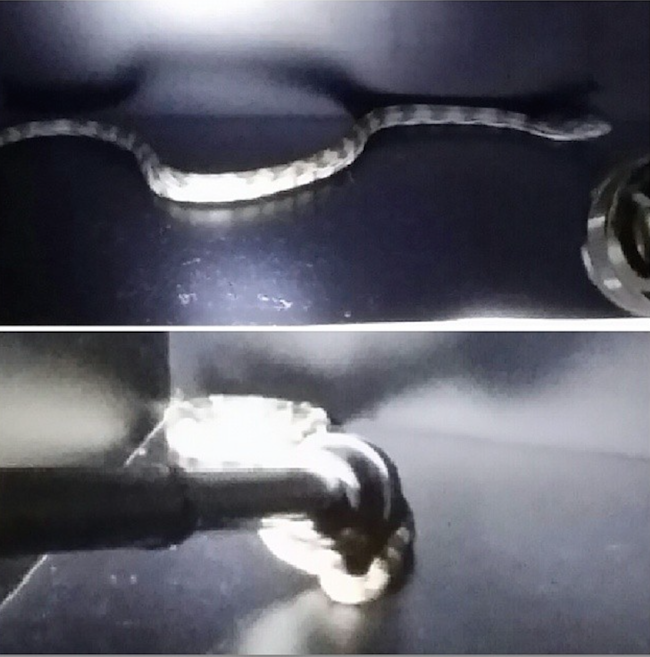 Of the many rodents, reptiles and insects that creep me out, snakes are most definitely near the top of my list. Raccoons also scare the living hell out of me, in case you were wondering (you weren’t).

Imagine this happening to you, though. Say you’re sitting in the locker room at your gym, perhaps just toweling off after a shower or particularly intense, sweat-manifesting workout, or even just arriving. Whatever. You go to open your locker and BAM! A snake. A real, live, slithering snake.

Do you defecate all over the floor right then and there? Maybe. Do you shriek like the Blazers? Probably. Unless you’re from parts of the world—like, San Antonio apparently—where snakes are common houseguests, you’re bound to be freaked the freaky frick frickin’ out.

Don’t know about the rest of you, but I’m already envisioning LaMarcus Aldrdge running in circles as he attempts to reach higher ground. And Williams screaming like a schoolgirl. And Nicolas Batum cursing in French and shrieking simultaneously. And head coach Terry Stotts coming out to inspect the noise, only to run back into his office and slam the door shut.

As for Damian Lillard, I imagine he would kill the damn thing. Strangle it or bite it’s head off using his front-most teeth or something. He’s cold-blooded like that. Just ask the Houston Rockets.

Worried about the Blazers’ collective well-being after hearing their series of screams, Tim Duncan, Tony Parker, Manu Ginobili and head coach Gregg Popovich would come charging in to see what’s the matter. Duncan would scoff, and leave. Parker would start talking Batum down from the ceiling fan in French. Ginobili would begin barking orders in Spanish—instructions that no one would understand.

Coach Pop would simply look at the snake if Lillard hadn’t killed and/or digested it already, and it would instantly die. Because he’s crazy like that.

No matter how you envision this going down, it’s pretty wild. The Spurs should start hanging signs on the doors or something.