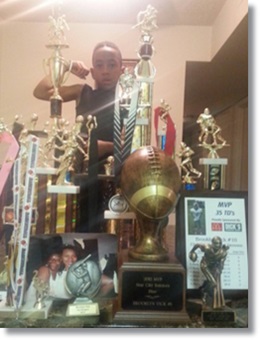 Thanks to the ever trending YouTube, seemingly every day a new video pops up of supposedly the next great adolescent hoops star.

While it may be cute to see these pint sized ballers imitate their favorite pro athletes in rec league action, crossing over opponents and doing Kevin Durant’s “free throw shake”, these talented youngsters often fall off the public’s radar before they enter their teenage years.

Some of the few exceptions have been former 6th grade prodigy Damon Harge, who now is dominating HS competition and a former 13 year old Canadian middle school phenom by the name of Andrew Wiggins, who stands a good chance of being the #1 overall selection in the 2014 NBA Draft.

Now those players featured here on The Hoop Doctors were undoubtedly special talents at a young age, but one amazing 8 year old named Brooklyn Vick, hailing from Virginia, not only possesses similar elite talent, but amazing dedication and work ethic to one day be on par or exceed the exploits of Harge or Wiggins.

You see, Vick is already a celebrity in his hometown of Blacksburg, Virginia for some incredible accomplishments on both the hardwood and the gridiron. 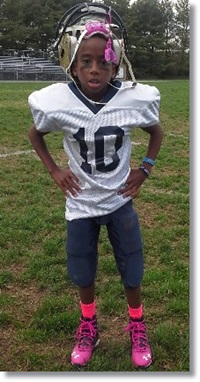 Vick is only in the 2nd grade at Margaret Beeks Elementary School but has won 7 straight AAU Titles in the 3rd grade division and 2 more as the star PG of the 4th grade squad.

Brooklyn instantly reminds me of another former Virginia native Allen Iverson, as he possesses a similar blazing quickness, amazing handles, deft court vision, and toughness that far exceed his age.

But it doesn’t end there as Brooklyn also has a bright future on the football field, scoring 35 touchdowns in only 8 games this past season, in addition to being honored and invited onto the field with the Virginia Tech Football team.

His father Cleveland Vick has been his hero, coming from the mean streets of NYC, where he once played with numerous Division 1 stars like former UNC standout Ed Cota, Allen Griffin of Syracuse who is now an assistant at Dayton, and former NBA and Iowa State standout Jamaal Tinsley.

After speaking with his AAU coach, Brooklyn surprisingly isn’t into video games like other kids his age but instead chooses to focus on his grades and dedicating himself to sports.

Per his coach and father, Brooklyn has an amazing workout regiment that includes getting up at 5AM to workout, taking 1000 shots and running 5 miles after school, in addition to doing more than 400 push-ups a day. 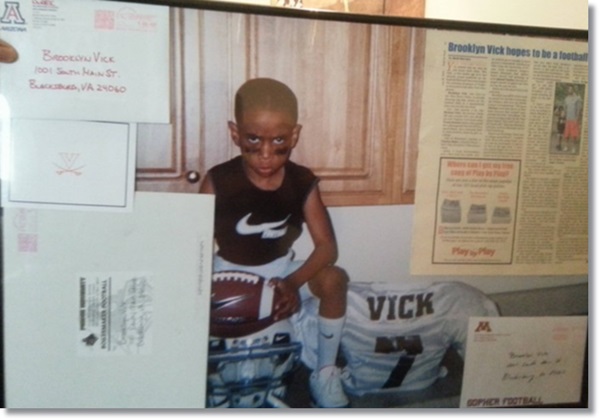 The 8 year old future star already goes by the nickname “The Truth”, which are some big shoes to fill of Paul Pierce.  Check out Brooklyn’s amazing talents on the hardwood and the football field…….