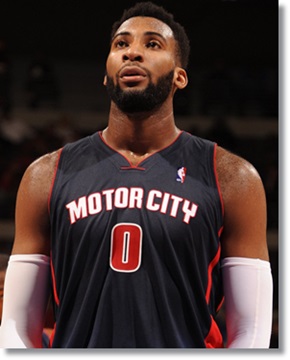 But upon examining the numbers, with a little help from Elias, Detroit Pistons’ 2nd year big man Andre Drummond has had a marvelous season when it comes to crashing the boards, becoming the 2nd player since Jayson Williams of the Nets back in ’97-98, to grab more than 425 offensive boards in a season.

His amazing total of 426 offensive rebounds is more than 100 more than 2nd place DeAndre Jordan of the LA Clippers, who has reeled in 322 offensive boards.

Keeping in mind that Drummond is still all of 20 years old and just 3+ years removed from high school, he could be en route to quite the NBA career and should be the Pistons’ franchise player going forward.

This year alone, he set the NBA Rising Stars Challenge record, grabbing 25 rebounds to go along with 30 points to earn MVP, as well as setting a new career high 26 rebounds on more than one occasion.

Is Andre Drummond the NBA’s best rebounder since Dennis Rodman?