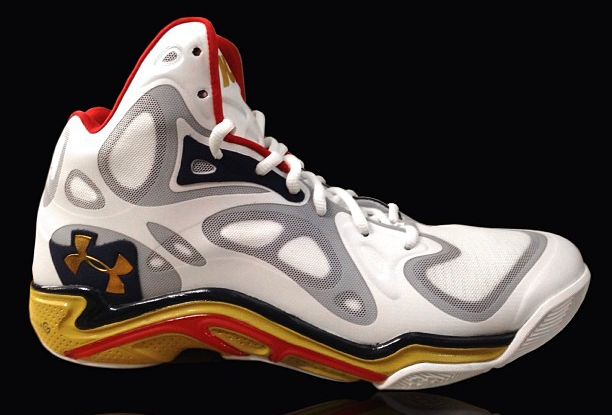 It is widely known that Brandon Jennings is the first NBA player that Under Armour signed to a sneaker endorsement deal. Because of which, he has been graced with Player Exclusive kicks since the jump. Now boasting a full roster of basketball players, the exclusive kicks being handed down are coming full circle.

Kemba Walker, like Jennings, is a stand out point guard currently on a NBA team with much more talent than potential. With Walker invited to the USA Basketball team selection process, this colorway of the upcoming Under Armour Spawn Anatomix was made for the occasion.

Just like the last few Player Exclusives for Kemba Walker, the specialized KW logo is seen on the tongue. Brandon Jennings is still the only one from Team Armour to show off a lowtop version of the Spawn Anatomix.