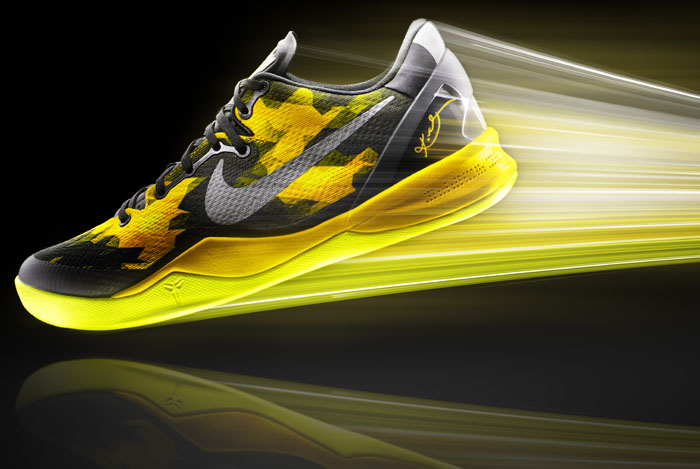 With a snakeskin print purposely designed as such to play off of his Black Mamba name, the style also works for 2013 since that when the Chinese zodiac changes years into the Year of the Snake.

Since the size 9 version of this sneaker dips into the sub-10 oz weight class, this is the lightest Nike basketball sneaker to date.  Bryant asked designer Eric Avar to have this sneaker be more of an extension of his foot; mirroring his performance style while being low to the ground.

Engineered Mesh, a full-length Lunarlon midsole, and a snakescale-themed herringbone outsole pattern are all features of this new sneaker which looks to provide a lighter ride with great multi-surface traction.  This sneaker will also be compatible with the new basketball-specific Nike+ program.

The first colorway of the Nike Kobe 8 System will be available December 20th on Nike.com and thru the NikeiD sneaker customization program. 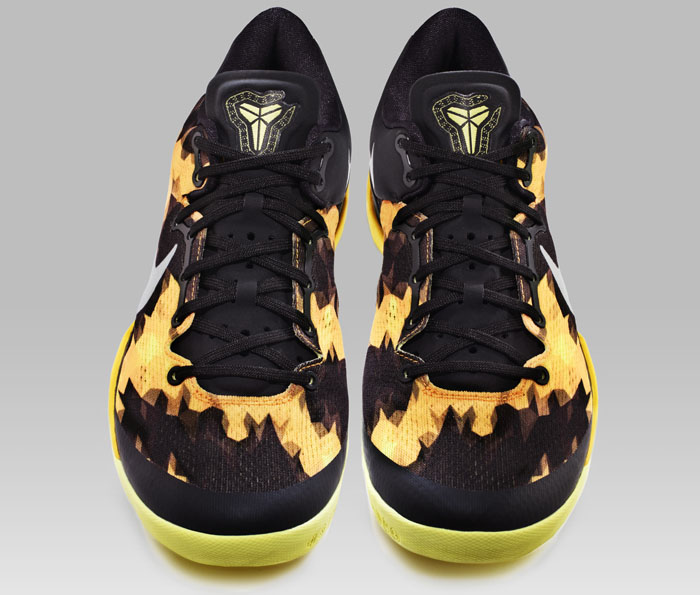 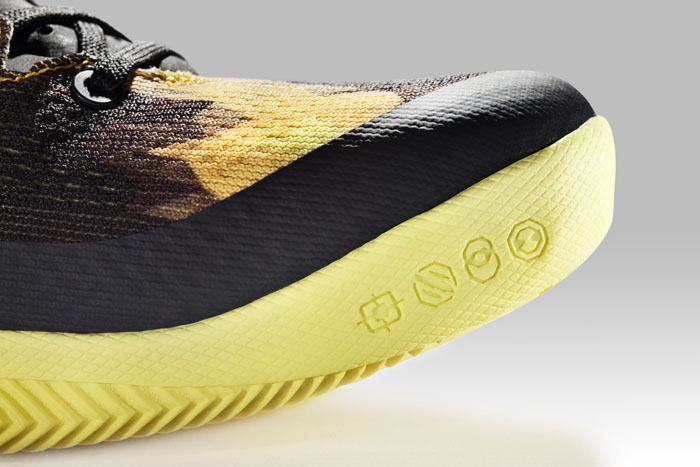 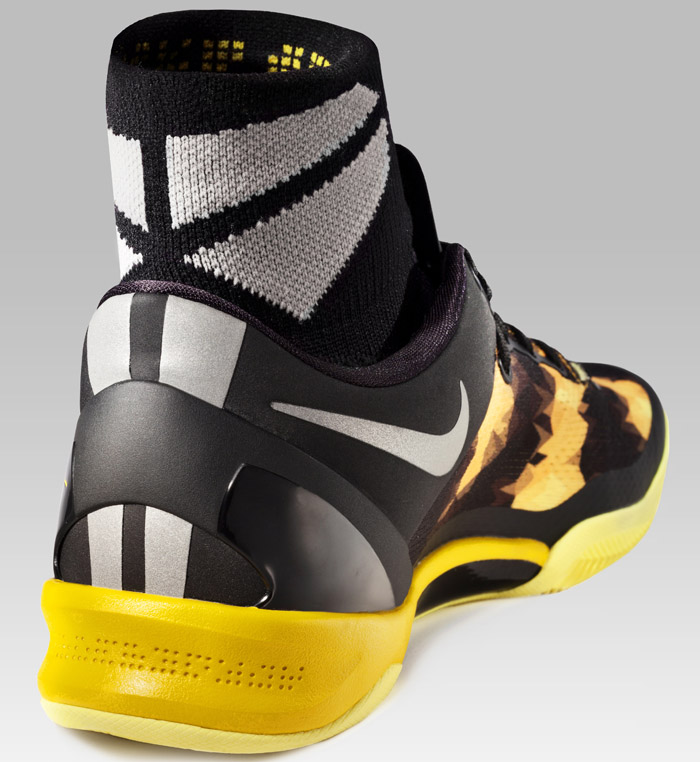 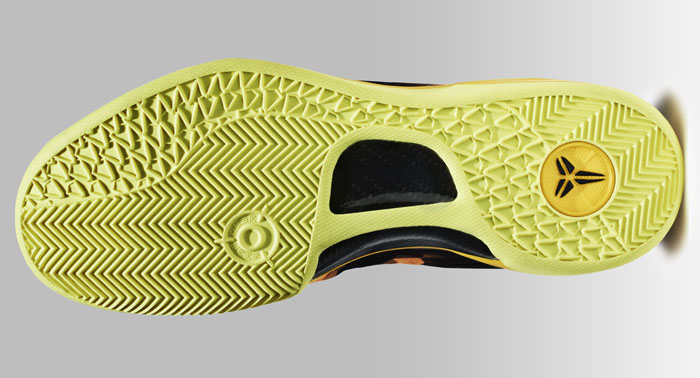 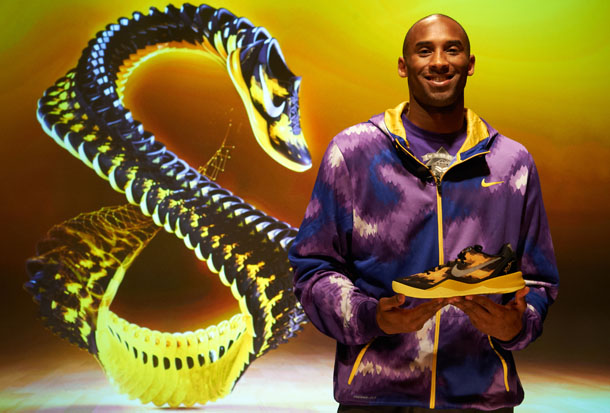 Ben Berry is a writer based out of Orlando, FL by way of Baltimore, MD by way of New York City that grew up in New Jersey. After attending West Virginia University, Ben became involved with The Hoop Doctors and was made editor of the Kicks column.