Rockets Rookie Machado Thinks He Should Start Over Jeremy Lin 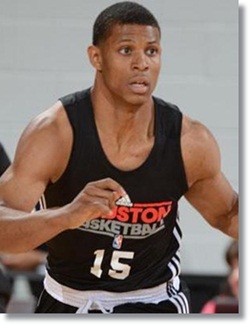 It’s been a strange and unusual offseason for the Houston Rockets.  After stockpiling multiple picks in the 2012 NBA Draft, amnestying arguable their best player in Luis Scola, trading potential All Star PG Kyle Lowery to the Toronto Raptors, and shipping out their best shot-blocker in Sam Dalembert, the Houston roster is now littered with a bunch of unproven 1st and 2nd year players along with scorer Kevin Martin and PG Jeremy Lin.

Coach Kevin McHale will have his hands full transforming a largely young roster into a competitive unit night in and night out but it looks as if his point guard spot is solid with last year’s breakout NBA sensation Jeremy Lin and 2012 NCAA assist leader Scott Machado guiding the ship.  Or is it?

Undrafted rookie Machado out of Iona, earned a spot on the Houston roster after playing well on their Summer League squad, averaging 5.6 assists in limited action.  While UNC PG Kendall Marshall drew more national attention playing for the Tarheels on TV and deep into March Madness and was drafted in the 1st Round by the Suns, Machado slipped under the radar going undrafted despite leading the nation in dime droppers at more than 10 assists per game.

Machado may not be as athletic as a Russell Westbrook or score in bunches like Derrick Rose, but he is steady as they come and one day projects as a starting PG in this league in the mold of former Knicks and Pacers great Marc Jackson, now the head coach of the Warriors.

Hailing from NYC, Machado isn’t lacking in the confidence department either as he has gone on record this Summer saying that he never bought into Linsanity and that’s he’s more of a true point guard than Lin.  It should be an interesting competition in training camp since if you remember, outside of a month stretch last season, Lin struggled to even remain on an NBA roster and was injured after also going undrafted in his two seasons out of Harvard.

Does it matter that the Rockets are paying Lin $25 million over the next 3 years or does Machado or Knicks castoff Toney Douglas have a chance at running the squad?