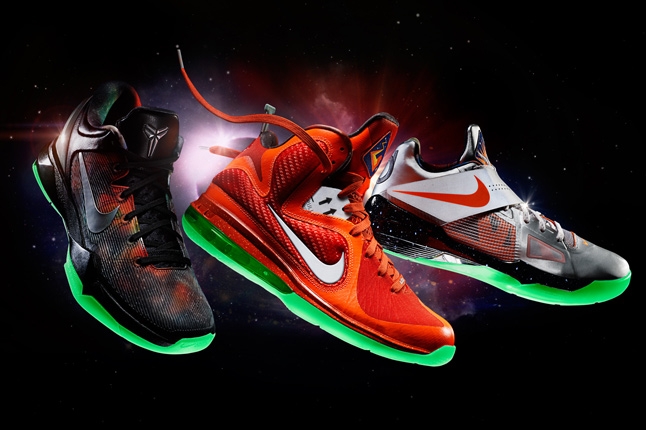 Kevin Durant, Kobe Bryant, and LeBron James make up the Swoosh’s “Big 3” and will be the only Nike players to have their signature sneakers given the ‘Galaxy’ treatment. All five sneakers tie into the space theme and have glow in the dark soles. Along with All-Star versions of those three signature players, homage is also paid to the Orlando Magic’s brightest sneaker star Penny Hardaway by including the Galaxy Foamposite One NRG Air Flight One in the pack as well as re-releasing the Air Flight One in its original Magic-friendly colorway.

After publicly declaring himself as a Nike guy, rumor is that Jeremy Lin will play host to a new sneaker either during the new hybrid Rookie/Sophomore challenge or when he is assisting fellow Knick Iman Shumpart in the Dunk Contest.

Is this the strongest All-Star release Nike has ever had? Check out the pics and comment in the box below and let us know what you think. 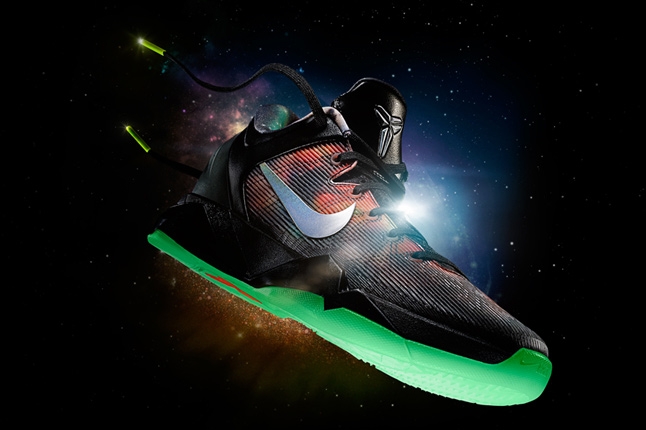 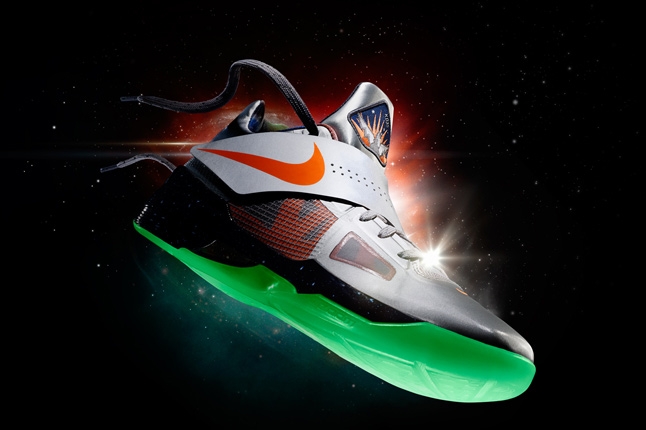 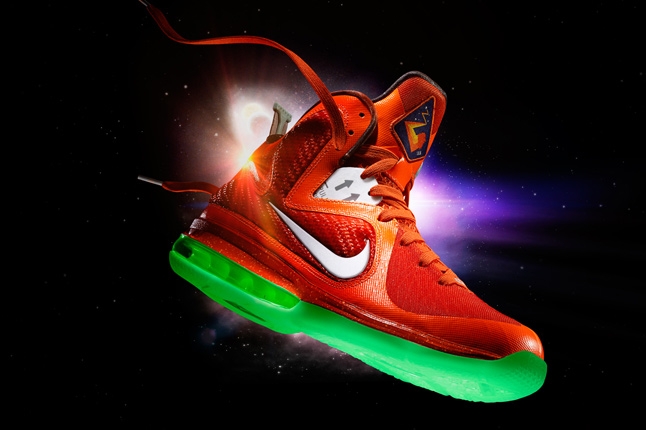 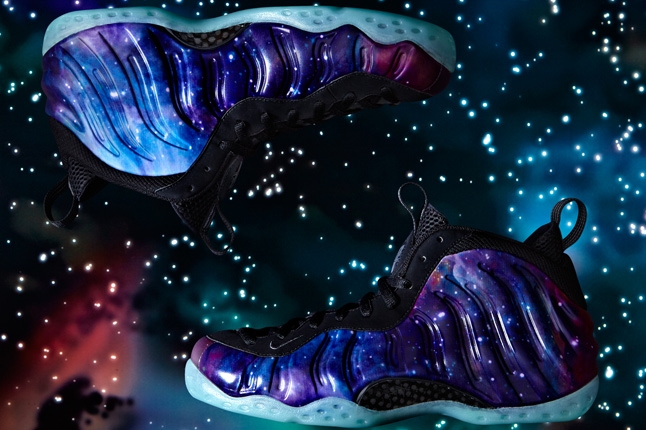 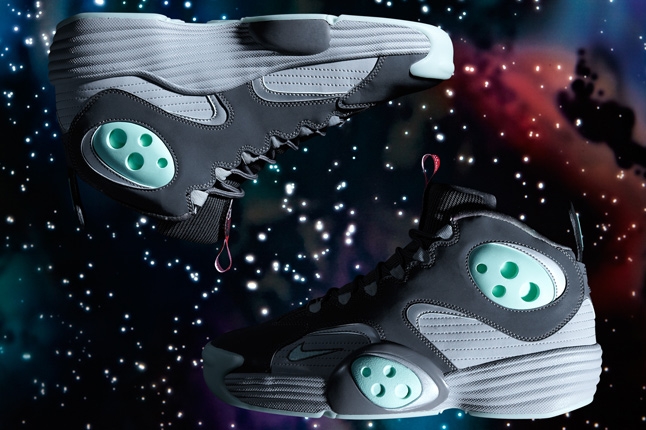