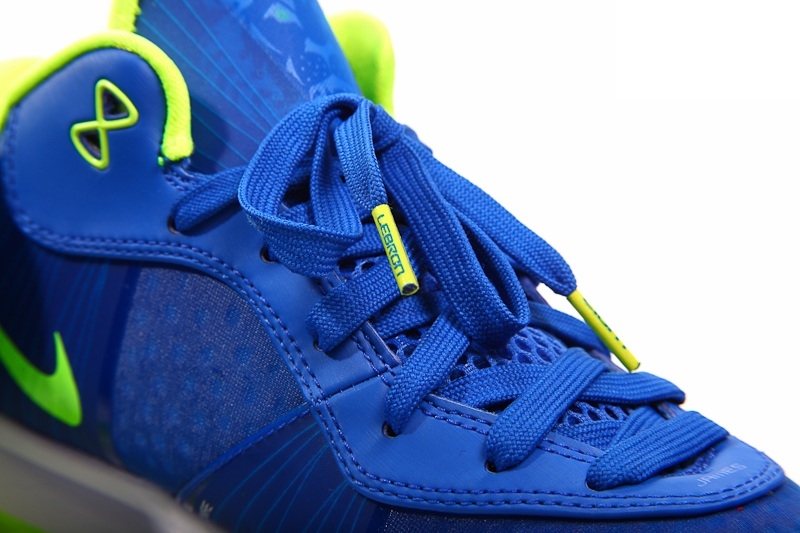 In the year that LeBron James could very well capture his first NBA title, this seasons shoe, the Air Max LeBron VIII could be called the most popular of the series so far. Already boasting the most colorways of any LeBron shoe, the Sprite colorway is the most anticipated of the lows.

The upper of the V2 is made from Flywire, mesh, and other synthetic materials using Treasure Blue on the entire upper and bottom of the sole with white seen on the midsole and outer badging. Volt accents are applied on the inner swoosh, lining, and Air Max footbed.

Originally scheduled for a July release, we are now hearing that the ‘Sprite’ Air Max LeBron VIII Low will be available at all House of Hoops locations this weekend. 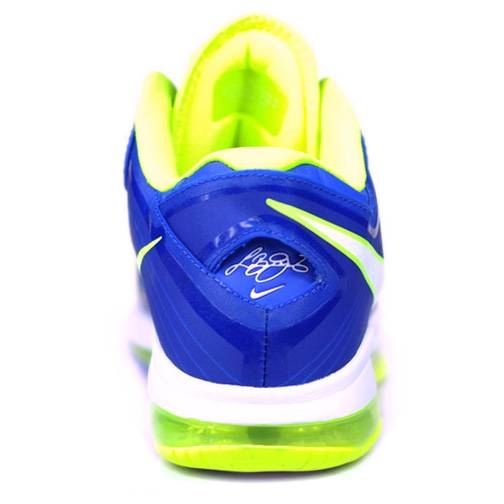 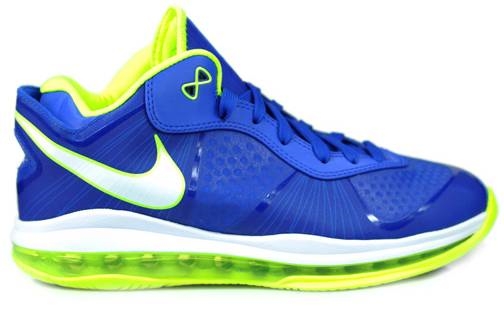