Did the Miami Heat not learn anything from the Dallas Mavericks loss in the 2006 NBA Finals? You don’t do something publicly that could give your opponent the motivation to overachieve. And specifically in the case of the 2006 Finals, you don’t start counting your chickens before they hatch, or in this case planning your parade before you’ve won anything. I realize that it takes time to organize a large event like a parade, but you might want to do your best to keep the planning in house and not hire a firm to start recruiting volunteers on Craigslist.

I suppose a craigslist ad can be posted by just about anyone, including an internet saavy owner like Mark Cuban. But this one looks pretty legit, and I have a feeling Miami was just confident enough after Game 3 to post this on South Florida Craigslist: 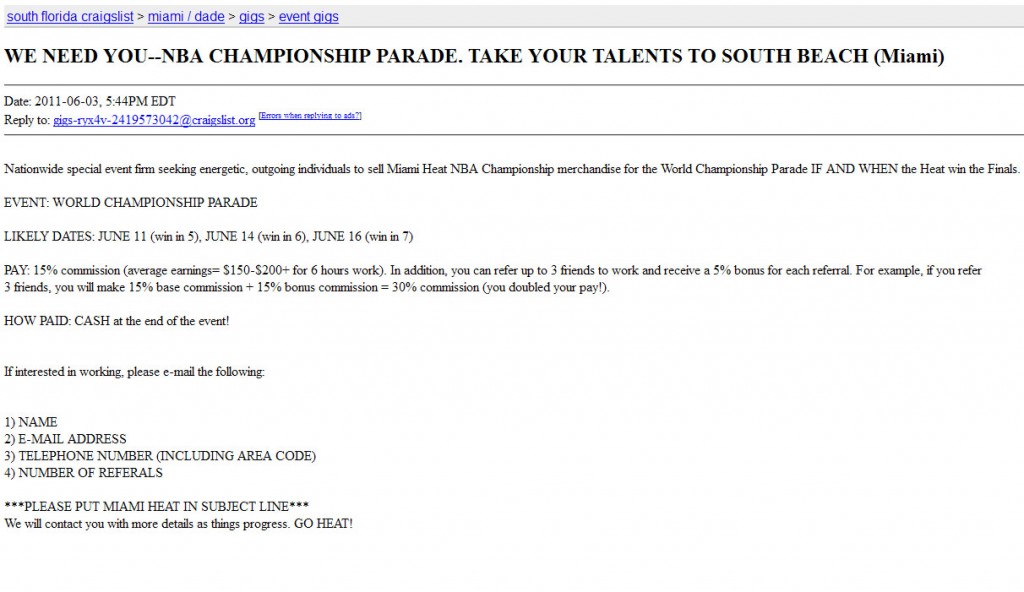