admin February 11, 2011 Blogs 3 Comments on Seven Compelling Storylines to Watch in the Second Half of the NBA Season 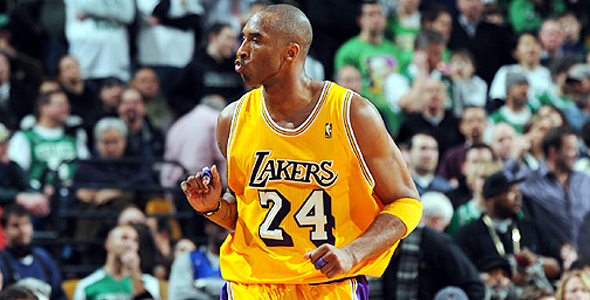 I figured I might as well get the bad news out of the way first. Up to this point, there has not been much progress made towards creating a new collective bargaining agreement. The current agreement is set to expire on June 30th. If a deal is not made by the deadline, there could be a work stoppage for the second time in league history. Owners and the players union are supposed to have a meeting during All-Star Weekend in hopes of reaching a common ground. My advice to fans would be: Just have some faith. A season without basketball would be like a day without food.

6. Will the Lakers Get Their Groove Back?:

After their hot start to the season, the Lakers have seldom looked like a championship team. What is even more frustrating, is that fans have a hard time deciding if it is out of pure boredom or a matter of the team’s play declining. Primarily, the Lakers have struggled against the best teams in the league. It will be interesting to see if the champs get their act together before playoff time.

As far as slumps are concerned, all of the Magic may be running out in Orlando. The Magic were stuck in a rut before making a trade for Hedo Turkoglu and Jason Richardson in December. Initially, it looked as though the trade rejuvenated the team. The Magic won nine games in a row after the trade. However, since the big winning streak, the team has played .500 basketball. While the Magic will most definitely be in the playoffs, it is very hard to imagine them beating Miami, Boston or Chicago in a seven game series.

As I have written in the past, the MVP race is wide open this season . Going into the second half of the season, there is no clear cut favorite. If the race remains this close as the season draws to an end, we could see one of the most competitive, unpredictable MVP races in recent memory.

3. What Uniform Will Carmelo Be Wearing?:

It seems as though each day their is a new plot twist with all of the Carmelo trade rumors. The Nets, Knicks and even the Lakers have been mentioned in recent rumors. Personally, I think Melo will finish out the season as a Nugget. However, this off-season there is a good chance Anthony will be heading elsewhere.

The Clippers’ rookie has set the league on fire during the first half of the season. Griffin is a double double machine, and he has the Clippers playing much better basketball the last two months. Not to mention, one can only imagine all the dunks Griffin has in store.

This goes without saying, but the playoffs can’t get here soon enough. The Eastern Conference playoffs have the potential to be epic this season. I can only imagine all of the drama in a Celtics vs Heat series or the Celtics vs Bulls for that matter. The top heavy conference should provide some great playoff series in the second round and conference championship.

The Western Conference from top to bottom is a better conference. Therefore, the drama will start in the first round out West. With the Lakers showing vulnerability this season, the Western Conference is up for grabs. I would love to see the Lakers lock horns with the Thunder again. Not to mention, a Spurs-Mavs series would be great too.

As far as the Finals are concerned, I want to see the rubber match between the Celtics and Lakers just as much as the next guy. Anything else would seem like second best. Right?