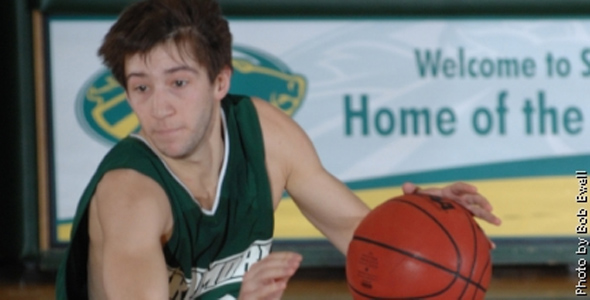 What is the longest basketball game you have ever seen? I can’t remember any i’ve watched going more than 3 or 4 overtime sessions at most. So to hear this morning about this NCAA Division III men’s basketball game last night between Skidmore and South Vermont that went into 7 overtimes, I thought it must have been a misprint.

Given the fact that you have a limited number of players suited up on both teams, and couple that with the fact that players can foul out, or simply pass out from sheer exhaustion, it is amazing to even technically go 7 overtimes without having to default first.

Skidmore ended up outlasting Southern Vermont 128-123 in the historic game last night, which by the way was the longest game ever played at the men’s Division III level. The game also tied the Division I record game between Cincinnati and Bradley that went seven overtimes on Dec. 21, 1981. Black Hills beat Yankton in seven OTs on Feb. 18, 1956, for the Division II record.

“By the end,” Skidmore coach Joe Burke told The Associated Press in a telephone interview, “it was complete exhaustion.”

The game was tied at 59 after regulation, and both teams were just getting started. The previous Division III longevity mark had been five overtimes, something that had happened four times according to NCAA records.

“We always talk about toughness,” Burke said. “And tonight was just a battle of toughness. I told my kids, ‘Enjoy it – because you’ll never be part of anything like it again.’ They’ll be telling their kids and grandkids about this.”

“He’s an incredible athlete,” Burke said. “He still had some pop in his step at the end. Unbelievable.”

The teams combined for 166 rebounds, 42 more than in any other Division III game in history and an NCAA all-division record – besting the 152 set by Indiana and Michigan in 1961.

“It’s hard to describe,” Burke said. “The kids, honestly, I know it’s the old cliche that no one should lose a game like this, but these kids didn’t quit on either side.” (via NBC Sports)