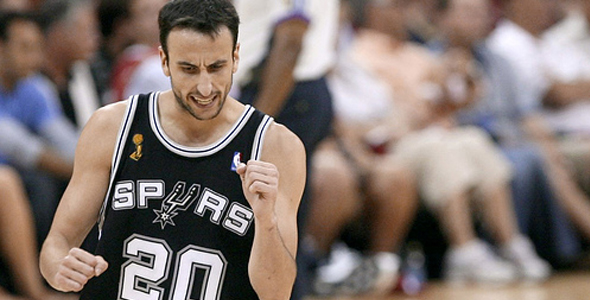 The San Antonio Spurs are Tim Duncan’s team. I don’t think anyone would argue that fact. But Manu Ginobili is definitely the key to the Spurs success for the past few years. As Duncan’s output declines slightly due to age the Spurs have been leaning more and more on Ginobili to carry the offensive load and spark the team defensively.

With Tony Parker having been out for a while now as well, the return of Ginobili from his injury troubles has been a blessing. Amid all the concerns about Ginobili’s health issues and speculation that he may never return to form from the Spurs championship runs, Manu has been steadily improving to the point the coaching staff thinks he is playing every bit as good as he did when they were champions.

So with Manu Ginobili’s upcoming free agency looming at the end of the 2010 season, the Spurs didn’t waste much time after seeing his recent stellar play in signing Ginobili to a three-year contract extension:

The San Antonio Spurs and guard Manu Ginobili have agreed to a three-year extension worth $38.9 million, a league source confirmed Wednesday.

The deal is the maximum the Spurs were allowed to offer Ginobili under the current collective bargaining agreement, based on Ginobili’s current salary and age (32).

“He’s playing [like] he did when we won championships,” Popovich said. “He had a tough first half of the year for a variety of reasons, but he’s been an All-Star player the last month or month and a half. That’s really helped our team come together, especially with [Tony] Parker being down.” {Via}

Spurs fans can exhale, Manu will remain a part of the Spurs team for the foreseeable future. Not only that, but now the Spurs players and Coaching Staff can forget about contract talks and just focus on the upcoming playoff run. The Spurs have a knack for flying under the radar and overachieving come playoff time. I would think this year would be no exception to that fact.