Just when you thought the DeShawn Stevenson crazy train was at full capacity he loaded up a few more loads of coal. The man needs therapy. Stevenson has now entered into the same level of nuts as Stephon Marbury. Yes, that’s right folks. It is one thing to get meaningful tattoos to represent everything from strength to endurance, to family. It’s a totally other thing to get your face and neck covered with tattoos of sports teams and past presidents, as an attempt to get attention for anything but your stellar play on the basketball court. Where in our books, is the only place it matters….the court. As you’ll see below, his new tattoos on his face include Abe Lincoln, the Pittsburgh Pirates logo, a crack, and his son’s name. Ahem. Coo Coo.

We first saw these pics on Yahoo’s Ball Don’t Lie with J.E. Skeets, but he credits Truth About It and The Washington Times. Check out their sites for more pics and details. 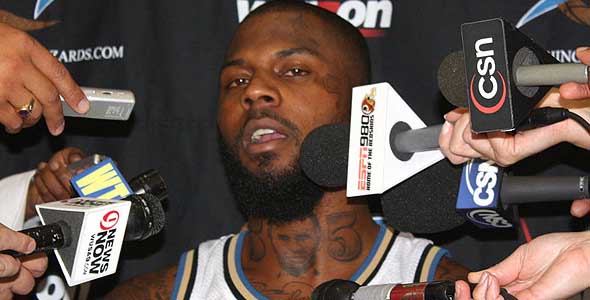 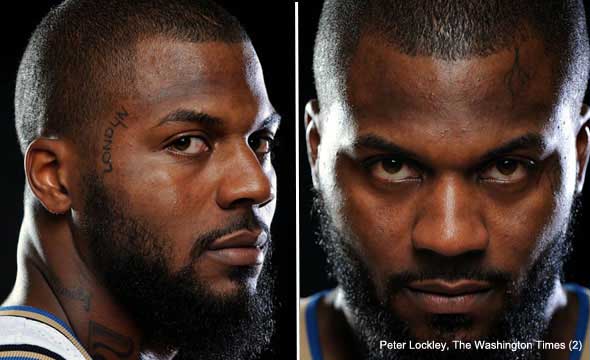 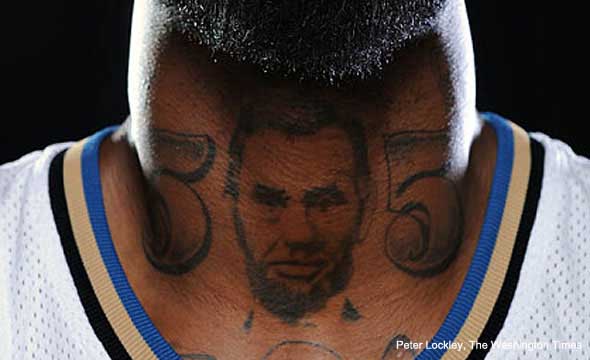