Blake Griffin Plays H.O.R.S.E. at “The Cage” in New York with Fan

It may not be as news worthy as Lebron getting beat in a game of HORSE, or Devin Harris getting schooled in a game of one-on-one, but it’s definitely in line with our draft week coverage as Griffin is a future NBA star, and certainly the #1 draft pick tomorrow night. It was also interesting to see Griffin square off against Jared Fogel of Subway fame.

We are working on video of the match, so stay tuned… Video now included below with the pics: 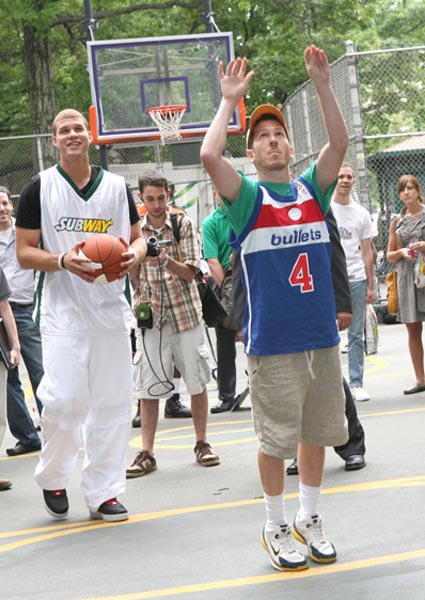 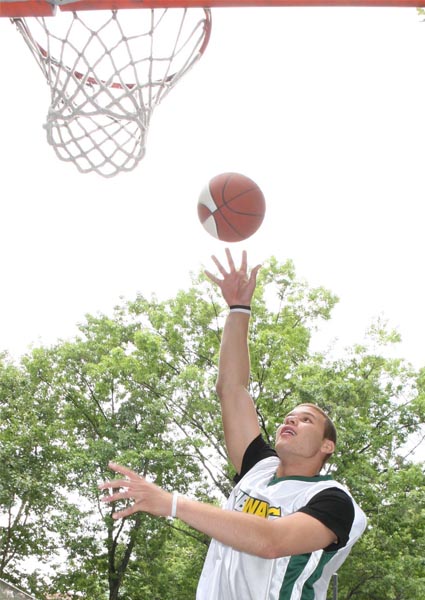