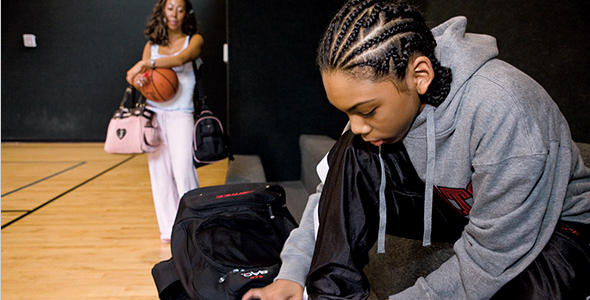 When I was in sixth grade I loved to play hoops. I had dreams like everyone else to one day play in the NBA. I even used to think about what it would be like to meet my favorite NBA players like Magic Johnson, Larry Bird, and Michael Jordan.

Well for Allonzo Trier, the sixth grade basketball phenom, he’s not only living the dream of meeting his favorite NBA player Carmelo Anthony of the Denver Nuggets, he’s getting to teach Carmelo a few of his dribbling moves that even Carmelo is having a tough time mastering. This kids handles are no joke. He’s got some serious game. And to top it off he’s getting paid to live his dream by Powerade to film an ION4 spot. Daaaaamn, check the vid: