Shaquille O’Neal Gets Payback on Lou Amundson for Prank 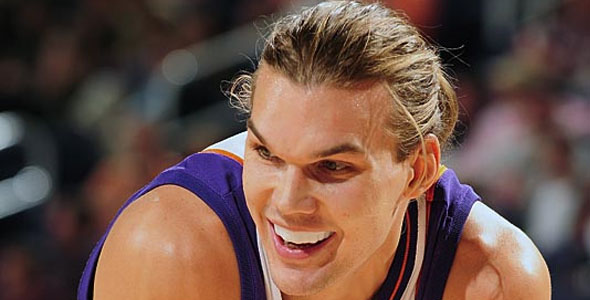 The video of Shaquille O’Neal the consummate prankster being the subject of a practical joke went viral yesterday on the internet. Everyone loved watching the big fella get pay back for all the pranks he’s played on people over the years. Although it was all in good fun when Phoenix Suns teammate Lou Amundson filled Shaq’s truck with millions of little pink styrofoam pieces, Shaq vowed to get his revenge.

Well it didn’t take Shaq long to exact that revenge. If Lou Amundson is identified for one thing besides his blue collar work ethic on the court, it’s probably his long golden locks. The guy has long blond hair like a surfer, and clearly he takes pride in it. If you want to hit Lou where it hurts you have to go after his hair, right?

Shaq (with the help of some teammates) tracked down Lou Amundson this afternoon and held him down while Shaq used clippers to take a patch of hair off his head. Mission accomplished, but while he was at it, Shaq also gave Lou’s eyebrows the “Racing Stripes”.

My only question is: “How much do you think Lou’s locks will go for on eBay?”

(H/T to Planet Orange.net for the Pics) 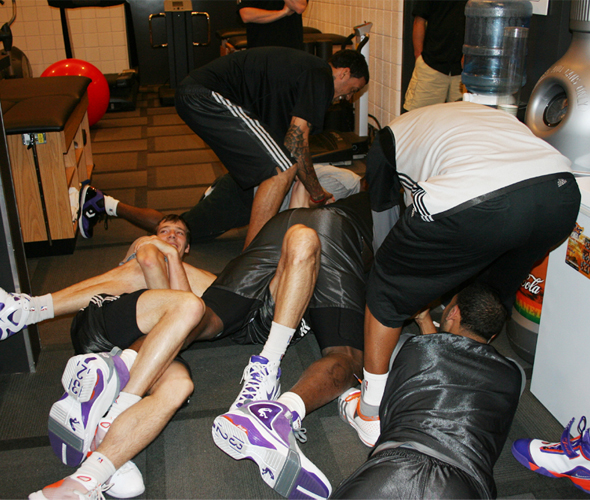 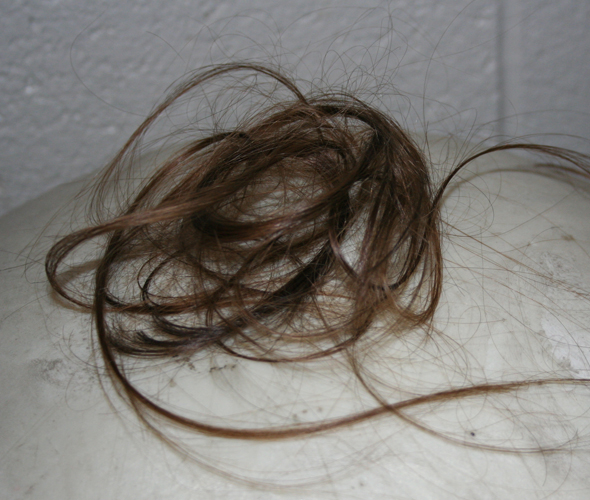 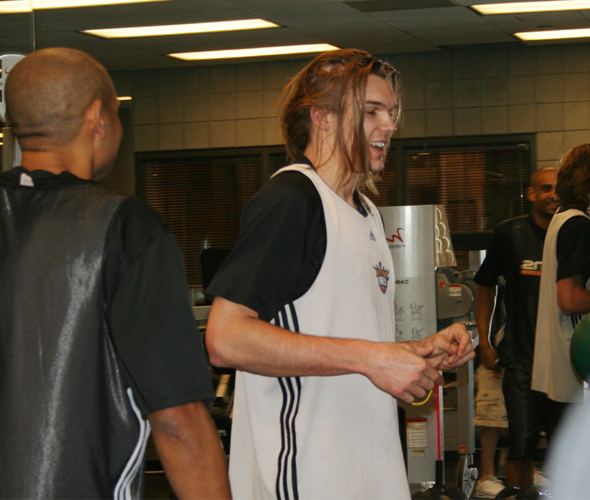 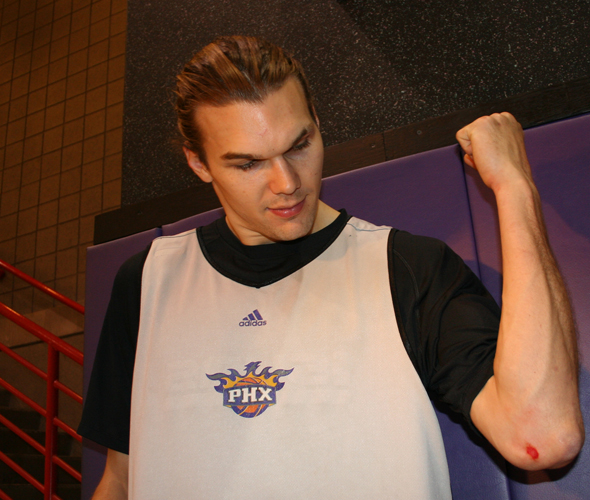 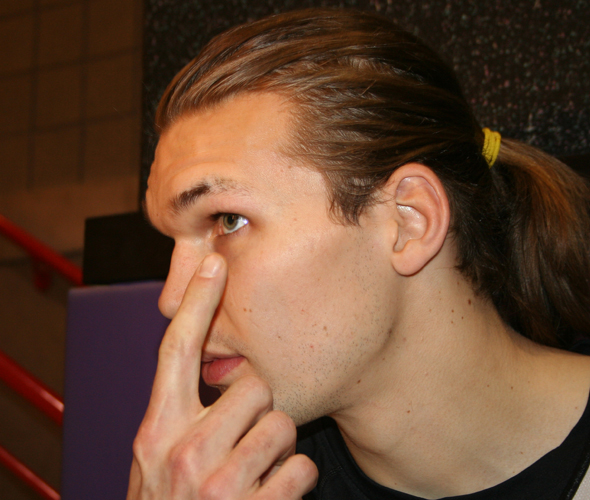